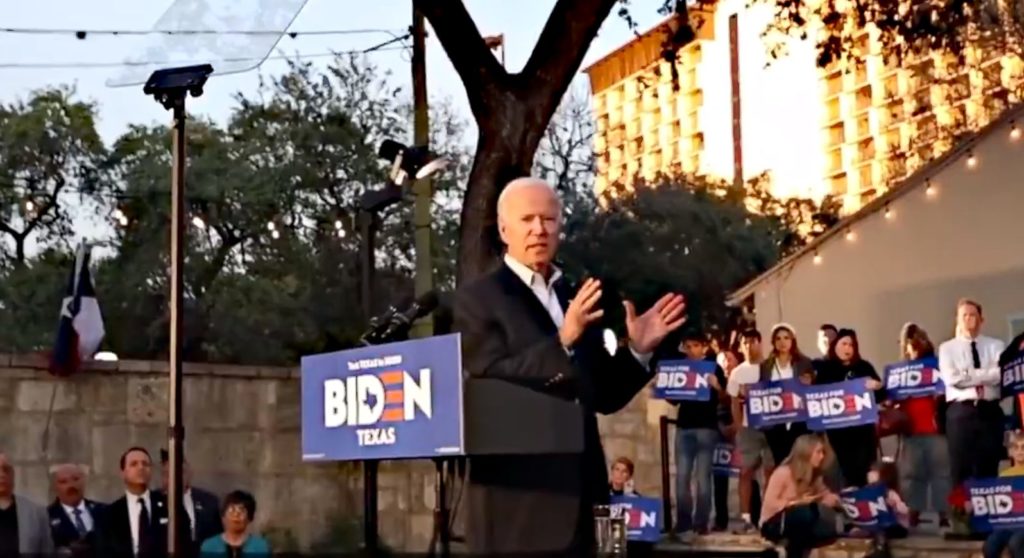 Joe Biden Gets Owned at His Own Rally, Called Out for Lying by Attender

As Joe Biden attempted to lie about Donald Trump at his tiny rally yesterday, one person in attendance took issue with it and called him out on it, forcing Biden to respond.

As Biden lied saying that Trump said he was going to “take on those rapist Mexicans” in the Trump Tower, this brave person responds, “that’s a lie, Joe, that’s a lie.” Catching Biden off guard, Biden responds, “oh, it is a lie.”

The person then goes on to call Joe out for his other lies and pointing out that it was actually his own son and not Donald Trump, that was in Ukraine colluding with the Russians.