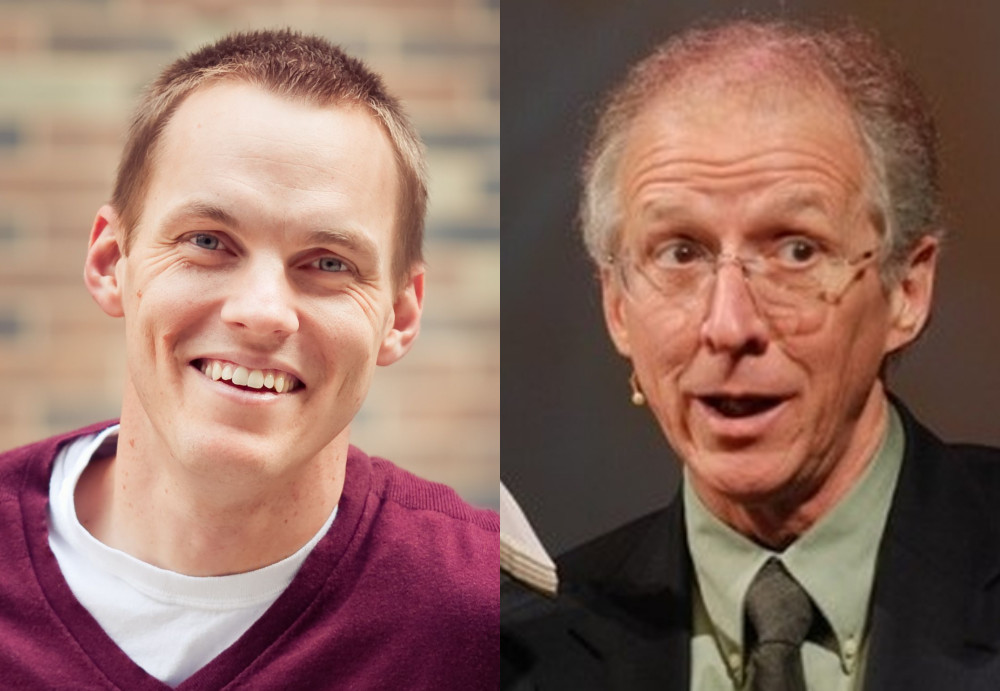 In this episode, I RANT about TGC’s manipulative use of Q-Anon, David Platt’s “Before You Vote” and John Piper’s article, “Policies, Persons, and Paths to Ruin.” While each of these is tackling different subjects, they are all working hard for the same end: they want to turn you into democrats or, at a minimum, get out of the way of the democratic machine. Below this podcast is my response to John Piper’s asinine article yesterday comparing Donald Trump’s personal immorality to abortion — even to the extent of asserting that Trump’s immorality is deadlier than Planned Parenthood. You can also read Reformation Charlotte’s response at this link.

John Piper: My point so far is simply to raise the stakes of what is outwardly modeled in leadership, so that Christians are given pause. It is not a small thing to treat lightly a pattern of public behaviors that lead to death.

John Piper: In fact, I think it is a drastic mistake to think that the deadly influences of a leader come only through his policies and not also through his person

Response: when was the last time a sitting president actually had real personal influence over you, your beliefs & values. We aren’t electing a personal coach. This is utterly ridiculous. If you think a man’s person can have influence, then you had better believe his policies will have far more influence.

John Piper: “Flagrant boastfulness, vulgarity, and factiousness are not only self-incriminating; they are nation-corrupting.”

John Piper: This truth is not uniquely Christian: “A little leaven leavens the whole lump” (1 Corinthians 5:6). “Bad company ruins good morals” (1 Corinthians 15:33). Whether you embrace that company in your house or on social media, it corrupts. There are sins that “lead people into more and more ungodliness” as “their talk [spreads] like gangrene” (2 Timothy 2:16–17).

Response: 1 Cor. 5:6 is specifically referencing the body of Christ.

Response: 1 Cor. 15:33 is addressing the heresy that there is no resurrection and effects that such a believe has on a community.

Response: 2 Tim. 2:16-17 concerns false teachings and false teachers in the church. If you do not check the false teaching, for example Social Justice, Racial Reconciliation, Wokeness, Liberation Theology, it will spread to others in the community and to other communities.

Conclusion: John Piper has come unhinged in applying texts that are concerning immoral behavior and false teachings in the church to American politics. It is the most egregious display of eisegesis I have ever witnessed the man engage in.

John Piper is a man who takes the harshest possible stand on divorce and remarriage possible. Yet, when his son Barnabas remarried, John was right there applauding his son’s remarriage. Funny how that works. These celebrities have almost to man destroyed their credibility through brazen acts that demonstrate they have no personal integrity. It is sad and pathetic.

Piper compares Israel’s Kings that led them into sin with our President who will lead us into sin.

Response: Are we supposed to believe that Trumps refusal to be politically correct is morally worse than butchering babies, celebrating homosexuals, intending to remove our abilities to protect ourselves from the lawless, and the removal both religious liberties and free speech? Those are some very odd priorities Piper is toting.

John Piper: Freedom and life are precious. We all want to live and be free to pursue happiness. But if our freedoms, and even our lives, are threatened or taken, the essence of our identity in Christ, the certainty of our everlasting joy with Christ, and the holiness and love for which we have been saved by Christ — none of these is lost with the loss of life and freedom.

Response: there is it folks. Losing your freedom of religion and having to take Christianity underground is a fair trade for a Biden administration because, after all, Biden is morally superior to Donald Trump. Really? How? What Trump does openly and honestly and transparently, Biden does secretly and and worse, and if you don’t think so, then your incredible naive.

Response: Paul was very concerned about the peace of the churches. Biden is an immediate threat to that peace.

Response: Paul requested prayer that the Word of God would spread RAPIDLY. The democrats are an immediate threat to this, an obstacle to Paul’s most sincere hopes.

John Piper: It is naive to think that a man can be effectively pro-life and manifest consistently the character traits that lead to death — temporal and eternal.

Response: what is Piper talking about here with respect to “character traits that lead to death”? We haven’t had a Christian president in my lifetime I don’t believe.

Response: shouldn’t we also consider both P and VP? Trump does have Pence who may very well be a genuine Christian. One thing is sure, Biden nor Harris show anything remotely resembling Christian character…just the opposite.

John Piper: “With a cheerful smile, I will explain to my unbelieving neighbor why my allegiance to Jesus set me at odds with death — death by abortion and death by arrogance.”

Response: abortion is no metaphor Mr. Piper. It’s real death. Whatever this other death is you’re talking about, it is nearly unintelligible in the grand scheme of things.

Response: we do not look to the office of president to set an example of spiritual life. We never have and we never should. That’s what our elders are for.