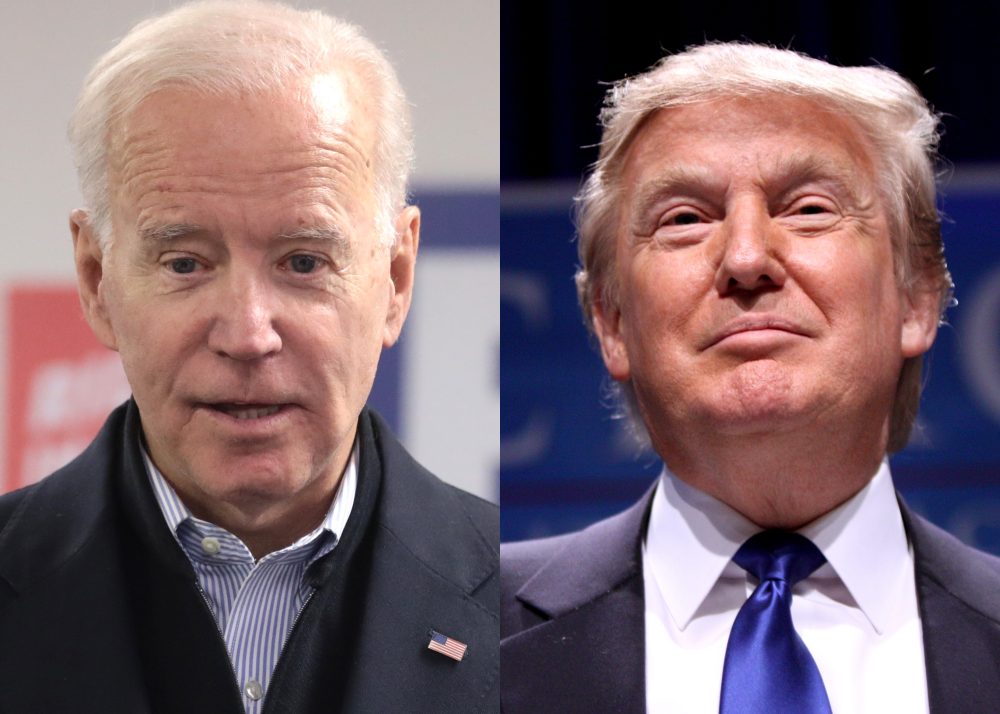 If You Have Trouble Figuring Out if You’re For Biden or Trump, You Ain’t Saved

Those who profess Christ yet can’t make up their mind if they’re going to vote for Joe Biden or Donald Trump, let me break it down for you, you’re probably not a Christian.

If you can’t figure out whether or not you’re okay with the murder of innocent children in the womb, you’re not a Christian. There is no excuse, abortion is murder and should be illegal. Democrats claim they want to make abortion “unnecessary” by giving handouts to unwed mothers who otherwise couldn’t afford it. It’s odd that a Christian would accept that as a viable position. The Scriptures are clear, murder is worthy of the death penalty.

If you can’t figure out whether or not you’re for expanding LGBTQ indoctrination in all of our public institutions, including schools, government organizations, and even mandating it in the private sector, you’re not a Christian. Democrats intend to push and expand LGBTQ indoctrination on all of us, including our children. Christians have no business partaking in what the Scriptures clearly call evil.

If you can’t figure out whether or not you’re for or against religious freedom, you’re not a Christian. Currently, the Constitution of the United States guarantees that right, yet, leftists have been chipping away at it little by little. The Church in America is now facing more persecution than we’ve ever seen in our lifetimes. Evangelism is punished and holding to conservative, biblical beliefs often gets you “canceled.” While the Scriptures promise that God’s people will persevere during persecution, it is not something that we vote for.

If you can’t figure out whether or not you’re for law and order, you’re not a Christian. Leftist organizations are in the midst of terrorizing this nation with violence, rioting, and anarchy. Democrat leaders around the country have openly and brazenly supported this movement. Joe Biden, himself, has called for the “redirecting” of funding for law enforcement. The left intends to cause chaos and bring about fundamental change in this nation through acts of violence and chaos. The Scriptures are opposed to lawlessness.

If you can’t figure out whether or not you’re for Communism or freedom, you’re not a Christian. Communism is the most oppressive system of governance ever produced by man in the history of the world. On the other hand, Capitalism — in its truest form — encourages individual responsibility and promotes a productive society. Responsibilty is a biblical virtue — “Those unwilling to work will not get to eat.” (2 Thessalonians 3:10)

These are just a few of the anti-Christian positions that Joe Biden and the Democrats have taken as part of their platform. Not to mention that the Democrat party completely denounced God altogether. We should note, however, that your political positions, activism, or support have no bearing on your salvation–zero. However, if you claim to be a Christian, transformed by the power of the Holy Spirit and bought by the blood of Jesus Christ, the Scriptures say that you will be given a new heart (Ezekiel 36:26) and you are being sanctified unto good works (Ephesians 2:10).

So let me spell this out for you.

This means you cannot be a Christian while supporting the slaughter of innocent children, gay rights, gay propaganda, “gay Christianity,” theft (redistribution of wealth), lawlessness (i.e. open borders), a complete and total lack of individual responsibility (i.e. nanny state welfare system, single payer insurance, etc.), or the endless sweeping away of our right to worship God freely. If you support this godless ideology, or support candidates that do, don’t expect me to treat you as a fellow Christian.