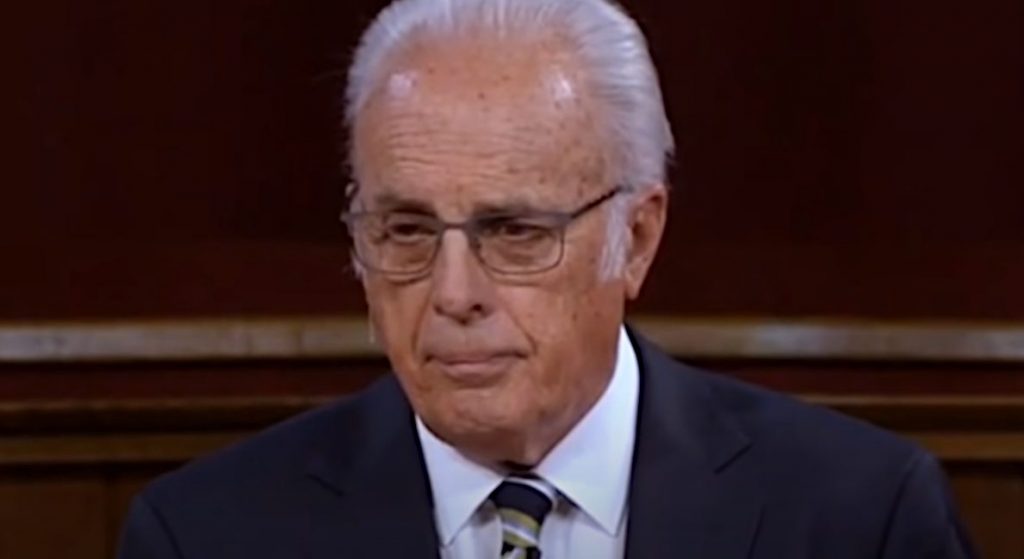 Last week, a Los Angeles County Superior Court judge denied the county’s request for a temporary restraining order which would prohibit the members of John MacArthur’s Grace Community Church from being able to meet.

Grace’s attorney, Jenna Ellis issued a statement according to The Gateway Pundit calling it “harassment, abusive, and unconscionable.”

Los Angeles County is retaliating against Grace Community Church for simply exercising their constitutionally protected right to hold church and challenging an unreasonable, unlawful health order. In America, we have a judicial system to ensure that the executive branch does not abuse its power, and Grace Community Church has every right to be heard without fear of reprisal. The Democrats’ message to Americans is clear–if you do not bow to every whim of tyranny, the government will come after you. The Church has peacefully held this lease for 45 years and the only reason the County is attempting eviction is because John MacArthur stood up to their unconstitutional power grab. This is harassment, abusive, and unconscionable.”

Below is a copy of the lease termination which was provided to The Gateway Pundit.

This is not the first attempt by the county to retaliate against Grace Church. Last month, the county threatened to order the utilities to but shut off at the premises where the church meets and also served a notice of closure for their on-campus coffee shop by the Department of Public Health. The government has repeatedly threatened MacArthur with fines and even arrest for non-compliance.

The county has now had four unsuccessful attempts at shutting down Grace Community Church and each one has been met with a victory by Grace. While the fight is long from over, it is clear that Los Angeles County along with California state governor, Gavin Newsom, will stop at nothing to see to it that their power is increased and that burden and undue hardship is placed on Christians who attempt to stand against their tyranny.

John MacArthur has repeatedly stood his ground against the invasive attack against the freedom of religion in this nation. Despite the fact that the coronavirus pandemic has largely proven to be a paper tiger, the continued harassment against churches and small businesses by tyrant politicians while a blind eye is consistently being turned toward large corporations and anti-government anti-police protests around the nation should be concerning to everyone. People should be aware that what happens in California repeatedly trickles its way to the other states.

Join our ad-free Substack community to read and post comments...
- Advertisement -
Previous article
The “Systemic Racism” Emperor Has no Clothes
Next article
Actually Pete, Evangelicals Do Get Progressive Christianity (Part One)