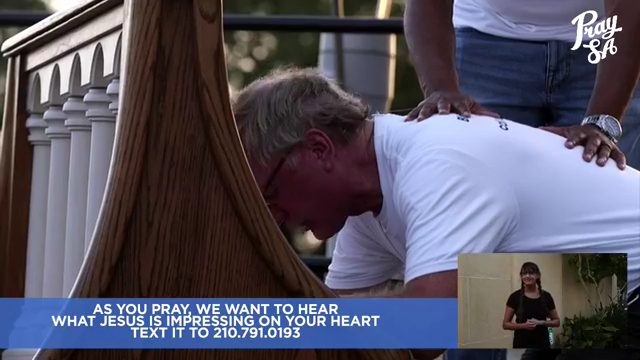 Max Lucado Begs God to Forgive Him For His Ancestors Owning Slaves, Segregation

After endorsing the pro-gay Jen Hatmaker earlier this year, Max Lucado’s new-found role of propping up heretics and false teachers seems to have hit overdrive. In January, Lucado joined Hatmaker on her podcast and gave her glowing accolades telling her that she made listening to her “easy and delightful, and yet profound at the same time.”

Lucado, who I described as “fairly orthodox though not without problems,” clearly compromised the gospel with his endorsement of Hatmaker, lending credibility to her as a minister of the gospel when clearly her “gospel” is false. But his compromise doesn’t end right there. According to himself, he is guilty of white supremacy and racism on count of what his ancestors have done and now, he begs God to forgive him for that.

In a disturbing prayer event held in San Antonio, Lucado spoke to the (thankfully, scarce) audience telling them that God had brought it to his attention that he needed to address the rampant racism in his life. This racism he refers to, of course, is “systemic racism” — a nefarious term used to blame the plights of minority communities on the shoulders of white people and guilt them into embracing social justice.

In his prayer, he acknowledges that “people owning other people” was a sin and that “forcing blacks to sit in the back of the bus” was sin, then proceeds to beg God to forgive him of that sin — a sin he did not actually commit.

“Your church, your pastors, have broken your heart by favoring one skin color over another – oh, Lord God, have mercy on our souls. … How dare we? … How that must nauseate you, O Lord,” he said, “The word wetback has found its way on my lips, too,” he continued. “For that, I’m so very sorry. Would you please, O Lord, bring a new day?”

What the Church needs right now isn’t effeminate men who continue to compromise the gospel by bowing to the cultural demands of social justice and secular ideologies — as most Evangelical leaders have. What we need are men who will oppose this garbage to its face, repudiate it, and point people to the truth of Scripture and the gospel of Jesus Christ. Stop repenting for sins you didn’t commit and stop perpetuating this false narrative that has the Church held captive to vain philosophies.