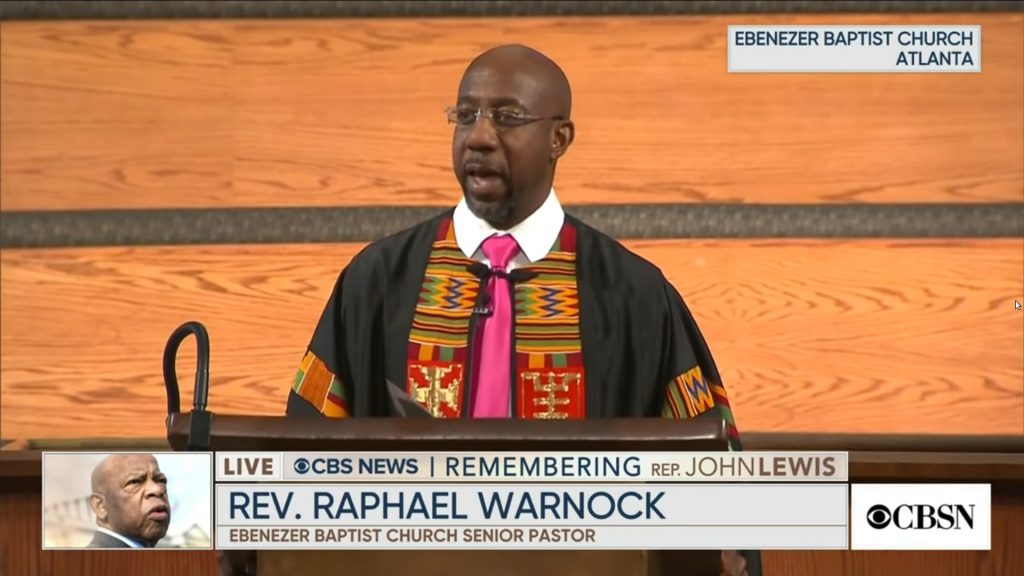 In recent days, John Lewis has been heralded by the Christian community, particularly those in woke Baptist circles, as a great American hero worthy of Christian praise. From the Southern Baptist Convention to The Gospel Coalition, the man has received nonstop accolades from the likes of Joe Carter, who gave us an endless slew of reasons to celebrate the pro-abortion pro-gay God-hating politician, and William Thornton of SBC Voices, who is calling for a statue of the man to be placed in the U.S. Capitol.

But what these grandstanders fail to mention about Lewis is his God-hating promotion of gay rights — which isn’t civil rights, but LGBTQ indoctrination — and his relentless push for expanding abortion.

Here’s what the National Abortion Federation writes about Lewis and his leftist politics:

“Representative John Lewis was a hero: a man of courage, conviction, and wisdom; an unrelenting champion of civil rights, racial justice, women’s rights, and abortion rights; an exemplar who never gave up hope for a more just country that would be a positive force for a better world.”

And, in 1966, Lewis delivered a passionate and rousing speech against the Defense of Marriage Act, stating “This bill is a slap in the face of the Declaration of Independence … It denies gay men and women the right to liberty and the pursuit of happiness. Marriage is a basic human right.”

Yesterday, at Lewis’ funeral — where Obama used his time for a eulogy to give a campaign speech for Democrats and call for state-sanctioned voter fraud — Lewis’ pastor, Rev. Raphael Warnock, the senior pastor of Ebenezer Baptist Church in Atlanta took his accolades of Lewis to the level of blasphemy by comparing him to Jesus himself.

Referencing Isaiah 53, the famous Old Testament passage prophesying the death and victory of Jesus on the cross, Warnock proceeds to tell the audience that not Jesus, but John Lewis was “wounded for America transgressions, bruised for America iniquities, the chastisement that brought peace was among him, by [John Lewis’] stripes we were healed”

Join our ad-free Substack community to read and post comments...
- Advertisement -
Previous article
You Can’t Go to Church, But Pro-Abortion Democrats Can Crowd a Church For Leftist Politician Funeral
Next article
Prominent Pastor Tells Dunkin’ Donuts Worker He’s Going to Kick Her Teeth Down Her Throat Over Face Mask Rule