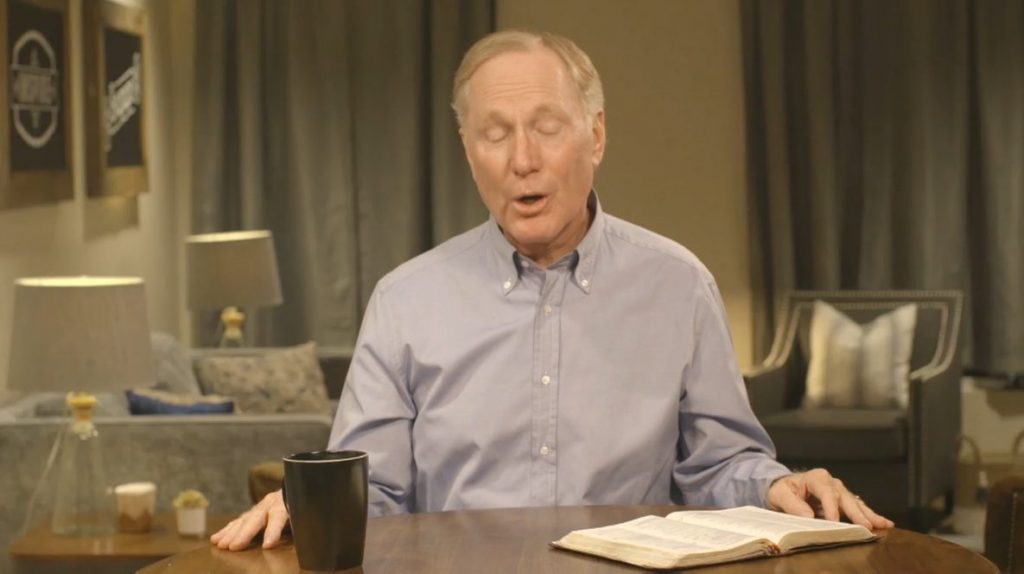 After endorsing the pro-gay Jen Hatmaker earlier this year, Max Lucado’s new-found role of propping up heretics and false teachers seems to have hit overdrive. In January, Lucado joined Hatmaker on her podcast and gave her glowing accolades telling her that she made listening to her “easy and delightful, and yet profound at the same time.”

Lucado, who I described as “fairly orthodox though not without problems,” clearly compromised the gospel with his endorsement of Hatmaker, lending credibility to her as a minister of the gospel when clearly her “gospel” is false.

Now, it’s safe to say that Lucado himself should be avoided at all costs since he does not have the discernment, wisdom, and heart to separate himself from false teachers who are harming the Kingdom of God.

In a recent show, Lucado endorsed Steven Furtick — a false teacher who twists the Scriptures, preaches Word of Faith heresy, and just recently embraced the heresy of modalism which denies the orthodox view of the Trinity — and promoted Furtick as though he is a man of God with godly things to say about Christians getting through the coronavirus.

The full episode can be watched at TBN at this link, but the pertinent endorsement of Furtick is clipped below:

Join our ad-free Substack community to read and post comments...
- Advertisement -
Previous article
Oregon Department of Health to Remove Children From Home if Parent Infected With Coronavirus
Next article
Amid Coronavirus, Kansas City Will Not Allow People To Go To Church Unless They Register With the Government