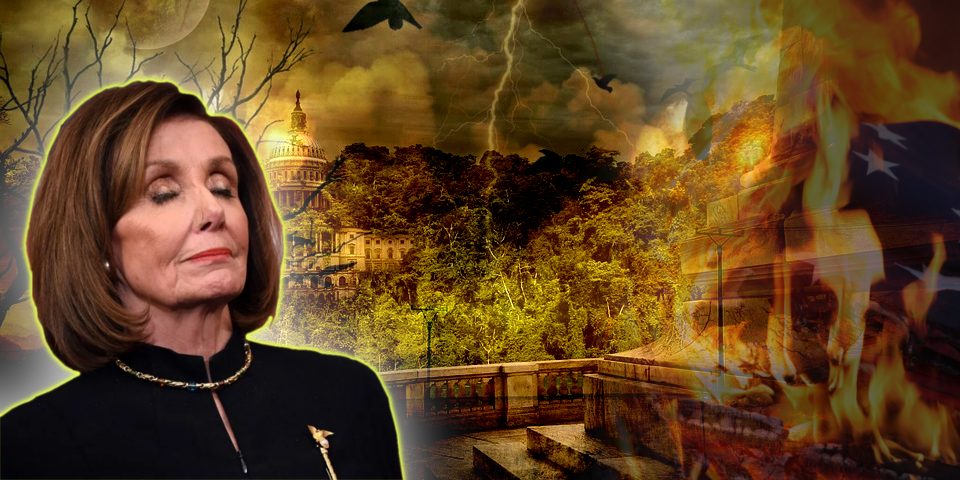 The Church Should Be Praying Imprecatory Prayers Against Democrats Right Now

As the world is in panic mode and trying to weigh the fears of catching a deadly disease or — possibly much worse — facing a completely tanked economy after the pandemic has ended, Democrats in Congress, namely, Nancy Pelosi and Chuck Schumer are playing with the lives and wellbeing of the citizens of the country.

Democrats have blocked a bill that would provide relief to the nation during a time when citizens are basically prisoners in their homes, many under quarantine and so many are facing the inevitable loss of income — perhaps permanently. But the legislation that is being blocked by these partisan Democrats would likely be enough to keep the economy afloat, at least in the short term, and at very minimum, allow families to buy food, small businesses to make payroll, and keep the economy from reaching a point of no return.

As a general rule, Republicans and conservatives are against big government bail-outs — especially when they are designed to solve self-inflicted economic problems. But this is different. As President Trump has stated, this is a time of war and the nation needs to act to protect its citizens from an unprecedented foreign enemy — the Chinese Coronavirus. So much is unclear about the origin of this virus and how it came about, but one thing is for sure, it came about quickly and blind-sided the world.

Our government’s job is to protect the freedoms of the American people and defend the constitution — but the Democrats aren’t letting this happen. This exposes the wicked and sinister nature of the Democrat party and especially the talking heads and leaders, Nancy Pelosi and Chuck Schumer. As they toy with our lives for political and personal gain, we should be praying imprecatory prayers against them. They are enemies of the world and enemies of our people. This is the Biblical thing to do.

The Psalmist David writes in Psalm 64,

64 Hear my voice, O God, in my complaint;
preserve my life from dread of the enemy.
2 Hide me from the secret plots of the wicked,
from the throng of evildoers,
3 who whet their tongues like swords,
who aim bitter words like arrows,
4 shooting from ambush at the blameless,
shooting at him suddenly and without fear.
5 They hold fast to their evil purpose;
they talk of laying snares secretly,
thinking, “Who can see them?”
6     They search out injustice,
saying, “We have accomplished a diligent search.”
For the inward mind and heart of a man are deep.

7 But God shoots his arrow at them;
they are wounded suddenly.
8 They are brought to ruin, with their own tongues turned against them;
all who see them will wag their heads.
9 Then all mankind fears;
they tell what God has brought about
and ponder what he has done.

10 Let the righteous one rejoice in the Lord
and take refuge in him!
Let all the upright in heart exult!