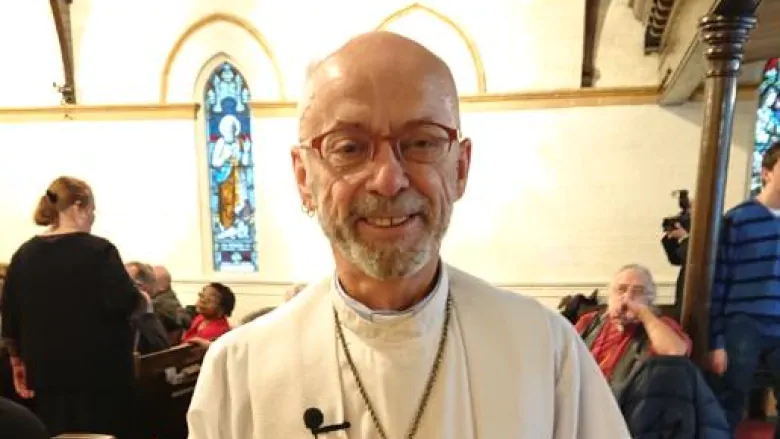 The Evangelical Lutheran Church of America (ELCA) is an apostate denomination that affirms homosexuals as well as female clergy. Often, you can see them with booths set up at various gay pride marches around the country denying Christ and giving people a false hope in a false gospel.

The ELCA has become the most anti-Christian “denomination” in all of Christendom. In November of last year, one church ordained a Latino transgender pastor and boasted about being the first to do so. Others deny the existence of Hell. And the denomination actually created an iPhone app that allows children to create and marry LGBTQ characters. Worse, one of its sister churches in Sweden actually placed a blasphemous scene of homosexuals in the Garden of Eden on stage behind the altar. In short, the denomination has long been given over to Satan.

Now, the denomination has reinstated a 66-year-old homosexual who was kicked out of the clergy in 1984 after he “came out” of the closet and has become the new “pastor” of First Evangelical Lutheran Church in Toronto.

After the denomination implemented a policy last year to “fast-track” the reinstatement of homosexuals who were forced out of the clergy back then, Ralph Carl Wushke says,

I’ll try to serve faithfully. Our congregation is in the heart of the city, surrounded by Ryerson University. There are no end of possibilities. There is a safe-injection site around the corner. There’s poverty

Of course, one cannot “serve faithfully” while practicing homosexuality — the Scriptures clearly say that these will not receive the Kingdom of God.

The Evangelical Lutheran Church is not a Christian denomination — it is a social club for Satan. They do not worship the risen Lord Jesus Christ, they are idolaters of a false religion that seeks to destroy Christianity and the denomination should be regarded as such. Those who continue to refer to these charlatans as “pastors” and these hell-holes as “churches” are only serving to advance their cause. They serve their father the devil only.