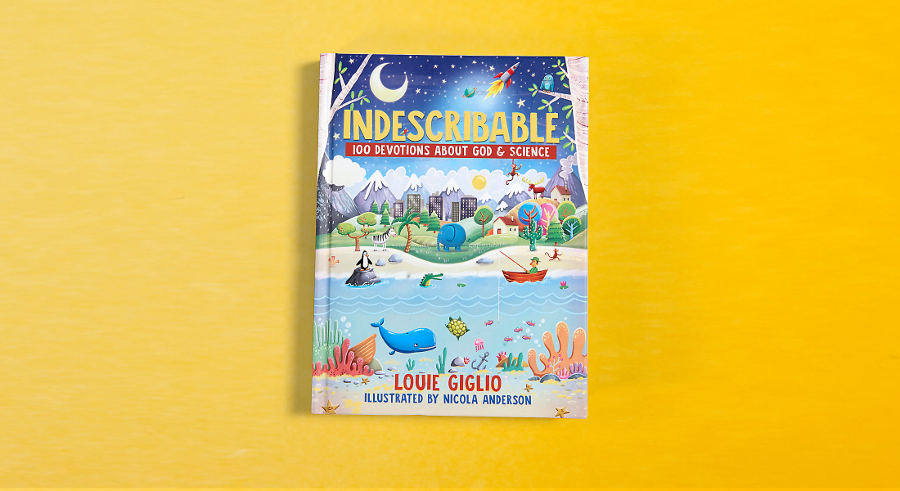 LifeWay has long been known for its impenitence when it comes to peddling heresy for cash. For years, LifeWay — an entity owned and operated by the Southern Baptist Convention — closed it’s brick and mortar stores due to its falling profits and unstable economic future.

Lifeway is particularly dangerous because, being a part of a perceived conservative denomination, it is blindly expected that the store only produce, promote, and sell theologically sound materials. In reality, however, LifeWay’s model requires it to promote heretical garbage to maintain a steady income and it is part of the reason so much heresy has influenced the denomination over the years.

Now, the store is selling a book by Louis Giglio — a known false teacher and Emergent Church leader — which teaches children how to receive extra-biblical revelation from God. It’s bad enough that LifeWay is known for peddling heresy, but to peddle it to little children makes it all the more worse.

It would be better for him if a millstone were hung around his neck and he were cast into the sea than that he should cause one of these little ones to sin.

The Book, Indescribable, tells children that they can find a quiet place, pray, and sit and listen for God’s answer in a “still, small voice.”

God only speaks to us through the Scriptures and he does not give direct, divine revelation. The office of Prophet has ceased and the canon of Scripture is closed. However, with charismatics and Emergents invading the Southern Baptist Convention, there has been an insistent push to promote the theological heresy that God still speaks extra-biblically. He doesn’t.

LifeWay knows better, yet they continue to promote this garbage. Practically anything that sells is the denomination’s business model — regardless of whether or not it is theologically sound. It’s bad enough they continue to push Beth Moore’s tripe, But they also promote Prosperity gospel garbage from Hillsong’s Christine Caine and they promote materials from Martin Luther King Jr. — who denied the deity of Christ — and promotes him as a Christian.

Being that one of their former top executives likes to worship with charismatic false prophets and false apostles, it’s no wonder the denomination’s retail chain is in theological shambles.

Join our ad-free Substack community to read and post comments...
- Advertisement -
Previous article
Charismatic “Pastor” Says That Just Like on Your Computer, There Are Passwords in Heaven
Next article
Former Hillsong Worship Leader Who Renounced His Faith Says He’s Now Devoted to Studying the Resurrection