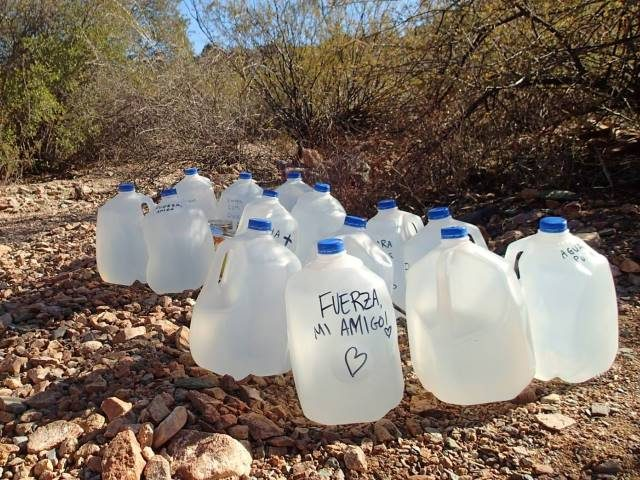 We’ve been arguing all along that social justice was not just an “act” that religious people performed, but is, in and of itself, a religion. In fact, we’ve argued that it’s a false gospel that is opposed to biblical Christianity.

Now, a federal judge has acknowledged that social justice — namely, supporting illegal immigrants — is a religion and has taken it a step further. The ruling says that it is a constitutionally-protected religious freedom.

For Scott Warren, a 37-year-old geography teacher from Ajo, Arizona, freedom of religion means making sure migrants crossing a treacherous stretch of desert along the U.S.-Mexico border don’t die of dehydration.

Last week, a federal judge acknowledged in a ruling that Warren has a legal right to put these religious beliefs into practice. Experts say the decision is one of the first times that progressive religious beliefs related to immigration have been protected this way ― highlighting the fact that conservative Christians don’t have a monopoly on the right to religious liberty.

Warren has been illegally aiding and abetting illegal immigrants who are crossing the border and has been fighting federal misdemeanor charges for at least two years, according to the article.

Last Wednesday, U.S. District Judge Raner Collins found Warren guilty of the vehicle charge, but importantly, acquitted him of the property charge. The judge argued that even though the government successfully proved that Warren did, in fact, abandon property in the wildlife refuge, the teacher’s humanitarian efforts are protected by his right to religious freedom.

“Defendant was obliged to leave water jugs because of his religious beliefs, and the Government’s regulation imposes a substantial burden on this exercise of his religion,” Collins wrote in his decision.

Now that the judge has acknowledged that doing this constitutes religious practice, what’s to stop pro-abortion advocates from claiming “religious freedom”? After all, if we’re honest, the practice of sacrificing children is absolutely a pagan religion.

Join our ad-free Substack community to read and post comments...
- Advertisement -
Previous article
New CDC Study Shows US Abortions are at Historic Low “By All Measures”
Next article
Calvary Chapel Pastor’s Daughter Preaches About Her Rear-End, Brags From Pulpit About What “God Gave Her”