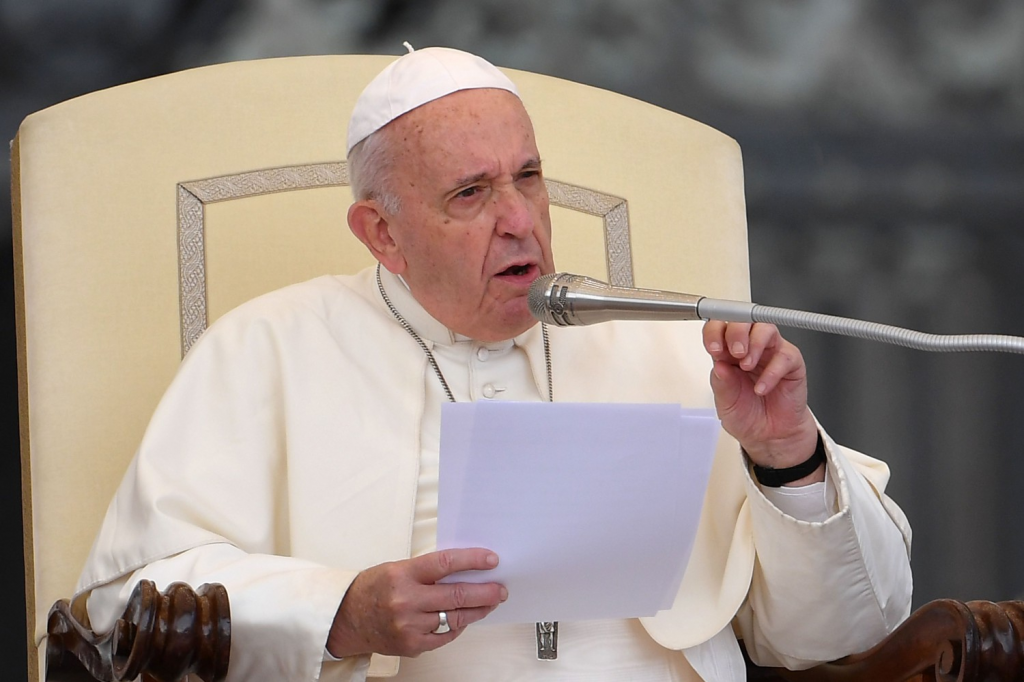 According to a report in an Italian publication, the pope recently banned pork from an event being held at the Vatican so as not to offend them. The report states,

Pope Francis had lunch with 1,500 poor people inside the Paul VI hall: in the menu, the absence of pork stands out, a precise choice wanted by the pontiff

The current pope has been more than friendly with Muslims since he took office. He has even stated the Catholics and Muslims worship the same God and that God loves a plurality of religions. “Faith in God unifies us,” the pope told an Islamic television audience in the United Arab Emirates in February. He is now building an interfaith worship center with Muslims in the UAE.

So it should come as no surprise that the pope wants to cater to his “brothers” and “sisters” in the faith. After all, if the Islamic god — whom he says is the same god as his god — despises his people eating pork, why not embrace it? Ban it. Before you know it, Catholic nuns will all be wearing hijabs — wait, they already do.

… among the meals consumed together with those that Bergoglio called “old friends”, it did not include pork . To be served instead were, as a second course, chunks of chicken with mushroom cream and potatoes.

The luncheon for the poor, which included Muslims, was supposed to be a direct refutation of the “culture of waste,” whatever that is, drew outrage from some readers. One stated,

I do not understand why Mr. Bergoglio should feed the poor Muslims when there is the great Islamic Mosque in Rome. We begin to put a fixed point that everyone thinks of his poor. So poor Christians will go to the Vatican and eat a nice ragout of meat, salami, mortadella and excellent culatello with a small glass of wine and poor Muslims will go to the great Mosque where they will eat their traditional foods. Mr. Bergoglio must do the world a big favor: resign and make room for a true Pope Christian.

Of course, we disagree with the reader — there is no such thing as a true Christian pope.

Join our ad-free Substack community to read and post comments...
- Advertisement -
Previous article
Lesbians and Feminists Pose With Their Children in “Thank God for Abortion” Gear
Next article
Chick-Fil-A Goes Pro-Gay … All the Way