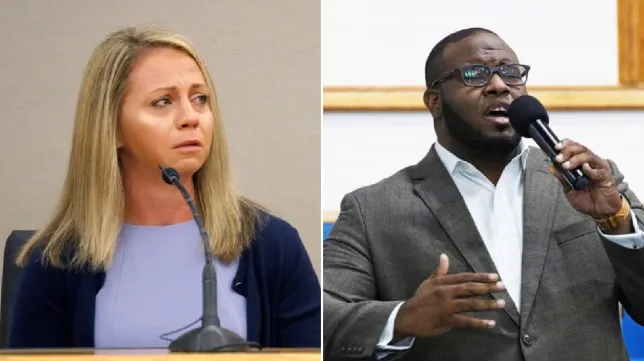 Earlier this week Reformation Charlotte reported on the hug that was heard around the world when Botham Jean’s younger brother, Brandt, forgave the cop, Amber Guyger who murdered his older brother after mistakingly entering the wrong apartment believing it was her own. The act of kindness sent shockwaves around the world as Brandt embraced Guyger, wished her the best, and even stated that he didn’t even want her to go to jail. The grace seen in this act of kindness is, undoubtedly, something only the true gospel of Jesus Christ could provide.

But that doesn’t mean that Botham Jean and his family are truly born-again believers. While the gospel of Jesus Christ certainly bestows generously a common grace on mankind (Psalm 145:9), unfortunately for the unbeliever, common grace doesn’t save.

Botham Jean was — and his family are — a part of Dallas West Church of Christ — a denomination that holds to a false gospel. Specifically, the hold to a gospel of faith plus works. The Church of Christ as a denomination believes that baptism is essential to salvation — that is, it is a required work in addition to faith to achieve salvation. Dallas West’s website confirms that their congregation holds to this doctrine,

Baptism. Baptism is not taught by members of the Church of Christ as a “church ordinance,” but as a “command” of Christ. We believe the New Testament teaches baptism to be an act which is essential to salvation …

Following obedience to these commands we believe it is important that the Christian live faithful, because the Bible teaches the possibility of falling from the grace of God.

It is very sad to see that often times many who hold to aberrant doctrines of salvation — those that would disqualify them from the ranks of Christianity — can masquerade the grace of God. It is one of Satan’s oldest tricks — to masquerade as an angel of light (2 Corinthians 11:4). The father of lies has used false doctrines, doctrines of demons, and false gospels to draw people away from the true saving grace of Jesus Christ for as long as creation has existed. He is, by all means, an expert at deception.

So, while we can hope that Botham Jean’s faith was genuine, it would be foolish to assume so. If Botham Jean truly believed what his church taught — and we have no reason to believe that he didn’t — then unfortunately he believed in a false gospel that has no power to save.

So while I stand by my original post that the forgiveness offered to Guyger by Botham’s younger brother, Brandt was an act of grace that only the gospel can provide, it should be understood that it was an act of common grace, and should not be confused with salvific grace, and even Satan will try to use the grace of God to draw people away from God. Only the true gospel of Jesus Christ can save — and Dallas West Church of Christ does not seem to have this.