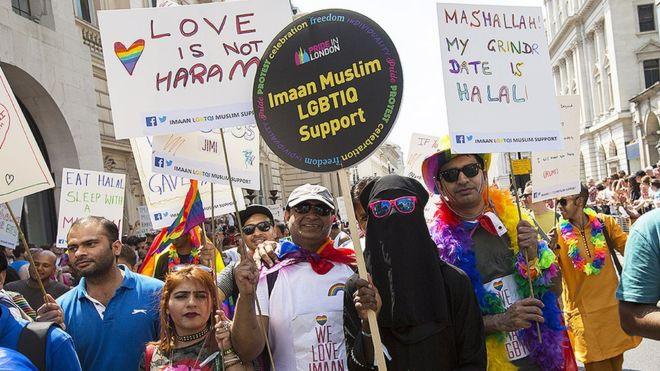 Just when you thought the homosexual mafia couldn’t make any further inroads, the last group of people on planet Earth you would expect to start accommodating homosexuals is Muslims. Of course, Christians should be the only group refusing to cave to the culture, but much of the Evangelical Church has given way to progressive politics and theology through outlets such as The Gospel Coalition and the Southern Baptist Ethics and Religious Liberty Commission.

Yet, Islam remains a stronghold against the barrage of homosexual perversions invading religiosity — at least from a public perspective. We know that Islam, like any other religious group, is wrought with sexual immorality. Unfortunately, no group is immune except for those who are truly in Christ. However, Islam has taken such a public and violent stand against homosexuality that one can only wonder how the words “gay” and “Muslim” could be used in the same phrase unless preceded by the word “not.”

Nevertheless, homosexual Muslims in the UK are crowdsourcing funds for the first-ever Muslim gay pride festival, according to BBC. A woman named Joy Muhammed is part of a group that wants to put on a UK festival to celebrate LGBT Muslim culture.

We’ve had Bi Pride, we’ve had Black Pride, we have Trans Pride, so now we’ve got Muslim LGBTQI Pride. It’ll celebrate the diversity within the BAME community and the LGBT community to show we’re not all the same, we don’t have just one identity. We all have different identities.

Yet, this is a prime example of the left demolishing themselves. According to BBC, the various groups of sodomites who hold pride festivals do so because they feel marginalized in the LGBTQ “community.”

People involved with Black Pride and Trans Pride have previously told Newsbeat that their events are important because of abuse they’ve experienced within the LGBT community.

Joy says this happens to LGBT Muslims as well.

“There’s Islamophobia that we sometimes have to deal with within Pride and within LGBTQI communities,” she says.

“Not just at Pride, but within the queer community.”

According to BBC, gay Muslims are tired of being told to choose between their sodomy and their religion.