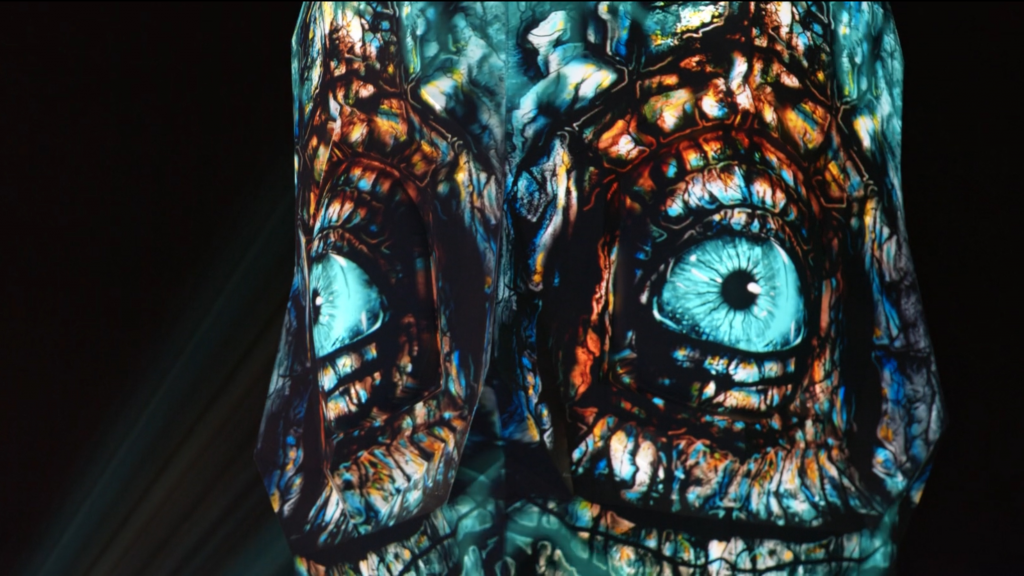 The Sviatovid sculpture placed in the sanctuary of a New York presbyterian church is a modern artistic rendition of an ancient Pagan god unique to Eastern Europe and was worshiped as the god of war. The sculpture, which is placed in the sanctuary of Binghampton Presbyterian Church in New York, is on display during a festival called the Luma Festival. According to the sculpture’s website, Sviatovid “is inspired by both a ninth-century Slavic deity, and a medieval sculpture of the same name, Sviatovid is a fifteen-foot-tall faceted totem.”

The sculpture is 15-foot tall and is described as “not omniscient, but could take in the world from literally all four cardinal directions,” because it has four faces. The festival claims that the purpose of the sculpture is “in keeping with the deity’s origin story, Sviatovid is on an intercontinental expedition to bring people closer together.”

Sviatovid will materialize in the sanctuary of Binghamton United Presbyterian Church with additional content. In an homage to the striking 19th century architecture of the church, the students of the BARTKRESA academy will build an original 3.5 minute pre-show. The church spire, pipe organ and stained glass inform the new work.

The Presbyterian Church (PCUSA) mainline denomination is long apostate and has completely abandoned the true God of the Bible in favor of LGBTQ inclusion, feminism, and social justice. It comes as no surprise that they would have no problem placing an idol in the sanctuary which represents the god they really worship — Satan.

Join our ad-free Substack community to read and post comments...
- Advertisement -
Previous article
One-Third of Pet Owners Say They Prefer Their Pet Over Their Own Children
Next article
Chance The Rapper Proclaims False Jesus on Ellen, Christian Post Paints Him as Super-Christian