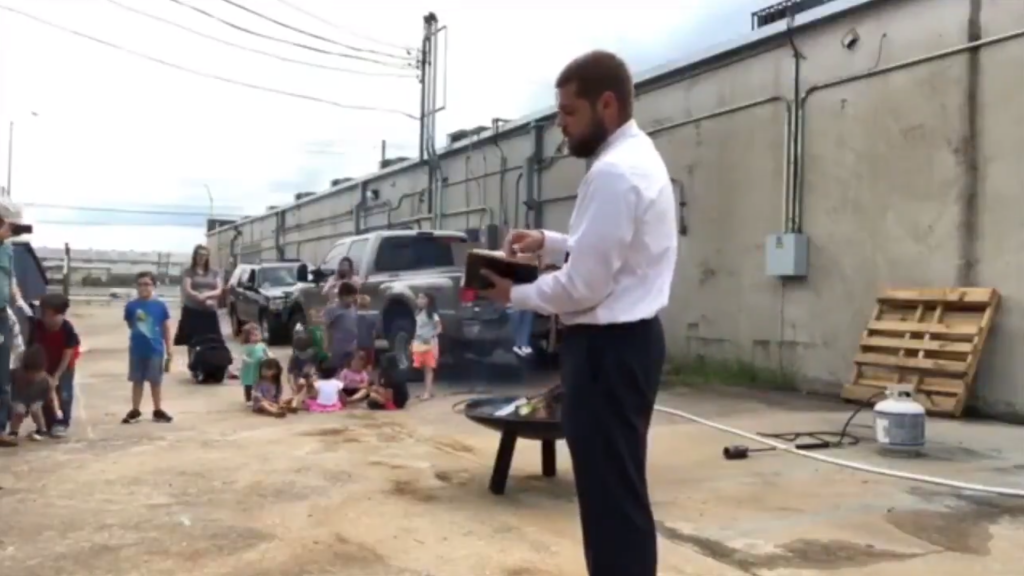 Independent Fundamental Baptists, the “denomination” of which the infamous preacher of the law, Steven Anderson is part of, are a peculiar bunch. While, on some things, it seems that the fundamentalists have some things right that we wish would be translated into the modern Evangelical Church — things homosexual inclusiveness (like The Gospel Coalition and other liberal Evangelical outlets do) — on most things, particularly on salvation and sanctification, they just don’t seem to grasp it.

One of the flagship doctrines of the IFB denomination is KJV-Onlyism — or, as some people like to say, “if the king ain’t on it, the King ain’t in it!” One IFB preacher named Jonathan Shelley of Stedfast Baptist church — who recently preached a sermon titled “People I Hate” — took his hatred of modern English translations to the extreme, making a spectacle of it, saying, “Your Bible doesn’t have thees and thous? Burn it! It’s a Bible BBQ.”

Not to mention Shelley apparently has no theological understanding of the difference between salvation and sanctification.

See the video below:

Join our ad-free Substack community to read and post comments...
- Advertisement -
Previous article
Couple Refuses to Tell Anyone the Sex of Their Child So He Can “Grow Into Their Own Person”
Next article
Union Seminary Embraces Animism, Confesses and Makes Offerings to Plants