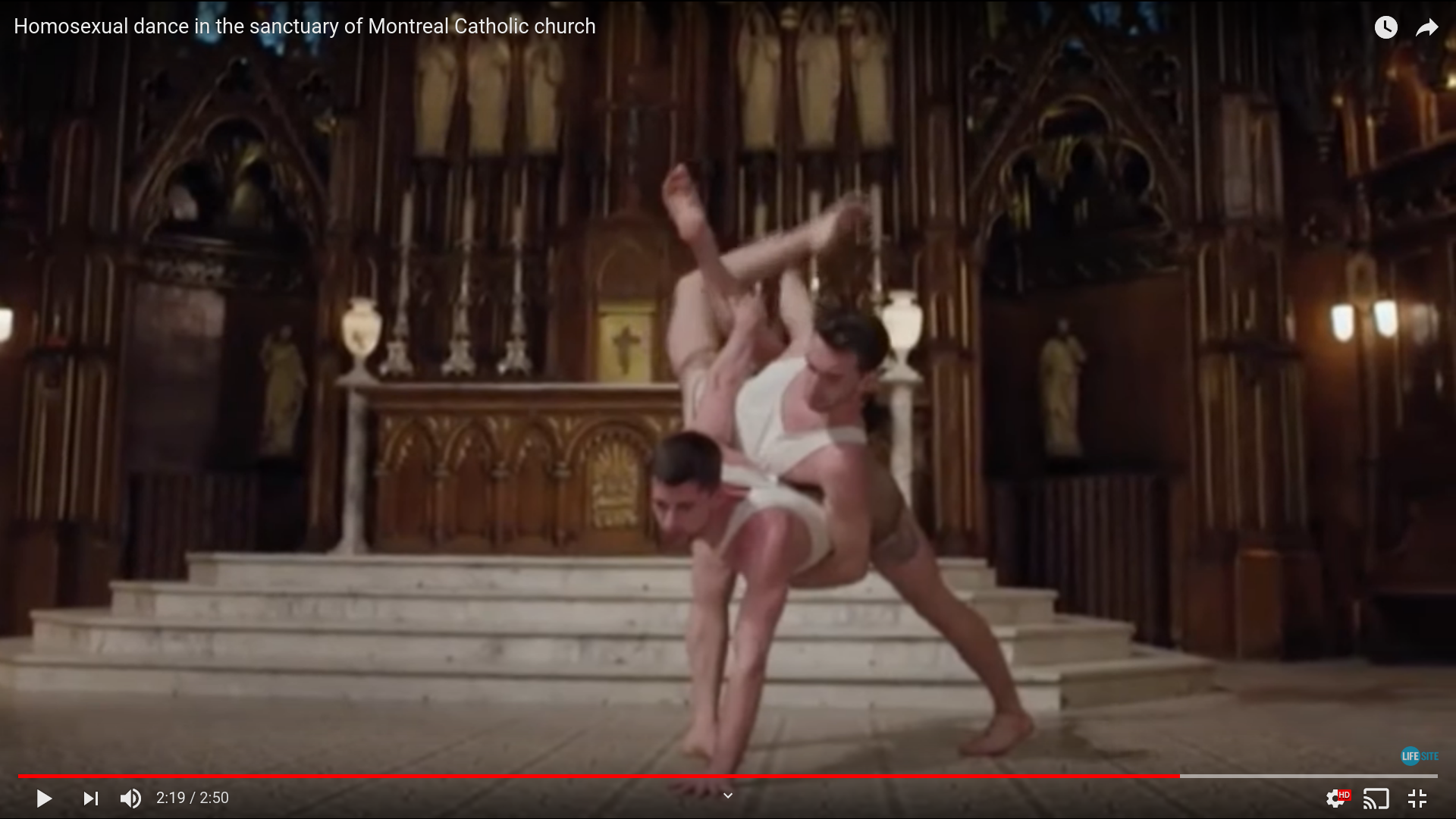 But it’s all coming out. The Roman Catholic Church has been outed, a vast amount of Roman Catholic priests are sexually deviant, and what’s in the hearts of these priests tends to be exposed in what they partake in otherwise.

In the video below, you can see what is one of the most homoerotic dance routines between two men ever seen on stage. And it happened in a “church.” (Even worse than the effeminate dance routine put on at Tim Keller’s Redeemer Church a couple of years ago.) With scenes ranging from depictions of two men playing the part of Adam and Eve, to homosexual orgasms, it’s safe to say that the homosexual performance at Saint Peter Apostle Church in Montreal is indicative of the Roman Catholic Church priesthood at large.

Then I heard another voice from heaven saying, “Come out of her, my people, lest you take part in her sins, lest you share in her plagues;