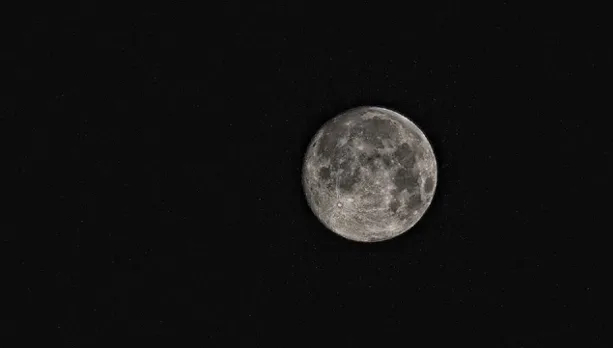 Seriously, the lack of self-awareness in one of Charisma Mag’s recent articles is astounding. Charisma is one of the world’s premier promoters of blood moon theology — teaching that blood moons can tell us about things that are going to happen on this planet. In one article, Charisma writes,

Cioccolanti sees such a significant connection between Trump’s presidency and these lunar eclipses that he’s actually started calling them “Trump blood moons.”

and in this article, the author writes,

“The super blood moon this year is also known as a wolf moon, being the first full moon of the year,” Biltz recently told WND. “There are some incredible patterns that are happening that seem beyond coincidence.”

But in this ridiculous article, titled The Hidden Gospel Message in Sunday’s Super Blood Moon, the author writes,

This year on Jan. 20 in the late evening hours, there will be a special treat, a super blood moon, which reminds us that we are covered by the blood of the scapegoat and have overcome Satan by His blood and the word of our testimony (Rev. 12:11). As a further reminder, the red planet Mars, symbolic of the blood of Christ, is a resident in the Pisces, the fish constellation, representing the church Christ bought by His blood.

Let’s be clear, moons, including blood moons, supermoons, and black moons, do not mean any of this stuff — at all. In fact, nowhere at all in Scripture are we commanded to look to astrological events for prophetic insight. None. But Charisma Magazine relentlessly promotes this nonsensical blood moon theology.

Yet, on the very same website — almost in the same breath — Charisma tells witches it’s dangerous to rely on moons or other natural events. In this article, titled Wiccans Look to Tonight’s Black Supermoon for ‘Shift of Energy’, the author writes,

These black moons also have significant meaning to witches. One Wiccan Twitter account posted that they expect tonight’s black moon to bring “a shift of energy and big changes.”

Another Twitter user, @thewitchbrmclst, encouraged followers to “harness this powerful energy” of the black moon.

But one ex-witch says relying on natural events, including moon phases, for power is one of Satan’s tricks to deceive people.

“[Wiccans see] magic as neutral,” Ally Tower tells Jenny Rose Spaudo on the “Charisma News” podcast. “Now, of course, from a Christian perspective, we know now that the enemy is the one who’s behind that source. But for those who are practicing witchcraft, they don’t recognize that.”

Tower says Christians must pray for and love witches if they want to reach them for Christ.

Of course, the ex-witch is right. But what, exactly, is the difference between what these witches do and what charismatics over at Charisma Mag promote? Nothing. It’s all superstitious witchcraft.

The only thing that the Bible says that astrology can tell us is encapsulated in Psalm 19:1,

The heavens declare the glory of God,
and the sky above[a proclaims his handiwork.