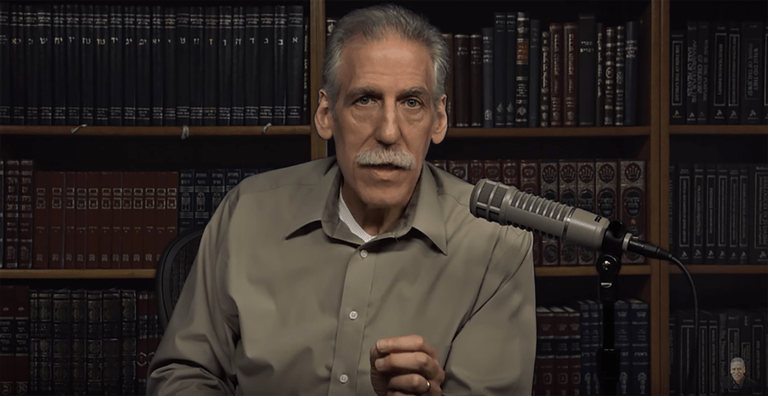 Michael Brown is the premier apologist for the ancient heresy of Montanism. Montanism is the heresy that teaches that certain spiritual gifts, such as prophecy, continue today and that it is possible to receive direct, divine revelation from God apart from Scripture. The heresy has been re-packaged in modern times into what is known as the charismatic movement. Charismatics and Pentecostals hold to the unbiblical position that the apostolic sign gifts, such as tongues, prophecy, and the gift of healing are still for the Church today.

Some of the worst offenders of this heresy today are Bill Johnson of Bethel Church and Benny Hinn — two Michael Brown’s friends and colleagues. While Brown brands himself as a “moderate” who doesn’t hold to the “extreme” positions of some of these charismatic offenders, he continues to defend them while condemning those who urge against it.

Let’s just be clear, Bill Johnson, Francis Chan, and Benny Hinn are blasphemers and idolaters. They speak presumptuously in the name of God and they all preach a decidedly false gospel — the prosperity gospel. In fact, Francis Chan has recently completely left the Christian reservation and tied his religion directly to Rome. These men, in no way, are to be considered in good standing among the Church. They are false teachers and wolves in sheep’s clothing.

That being said, I recently urged Michael Brown on Twitter to disassociate with these kinds of blasphemers and idolaters, as the Scriptures command us to do so. In response to a question about his associations with these certain men he constantly defends, I mentioned that the Bible tells us not to associate with them.

Of course, the Bible does actually command us not to associate with these people.

But now I am writing to you not to associate with anyone who bears the name of brother if he is guilty of sexual immorality or greed, or is an idolater, reviler, drunkard, or swindler—not even to eat with such a one.

The charismatic movement is not of God and those who are still caught up in any portion of it should flee from it lest you become a partaker in God’s wrath for it.