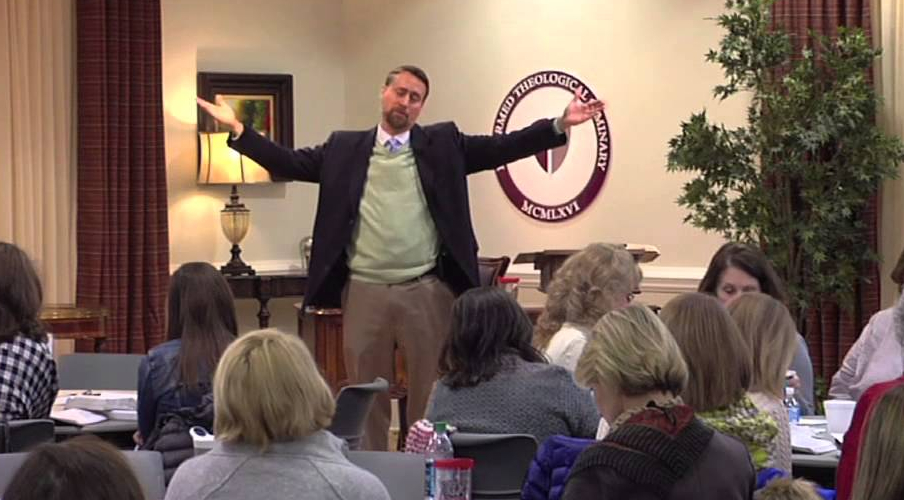 Reformed Seminary Now Training Women in the Function of Elder

Among the most notable controversies in the Southern Baptist Convention (SBC) currently is the role of women in ministry — that is, besides all of it’s other serious controversies such as homosexuality, social justice, etc. However, the SBC isn’t the only denomination suffering from the rise of feminism and egalitarianism. Reformed Theological Seminary, a traditionally conservative seminary in Charlotte, NC, is now offering an initiative to train women to be Bible teachers.

One question comes to mind: are they training women how to teach 1 Timothy 2:12? It’s difficult to ascertain exactly what is so hard to understand about this verse. Paul clearly states that women are not to teach in the church setting — especially to men. Teaching in a church is a function of the elder. The verse does not state that women aren’t to hold the office of teaching elder yet still be allowed to fulfill its functions. The office of elder is essentially the role of teaching and having authority. It is forbidden for women to do so.

Yet, this seminary, once strong in the Reformed tradition and biblical authority, is now forsaking its tradition in favor of the current mood of the culture.

Presided over by Michael Kruger — a well-known and respected, and historically solid defender of the biblical faith — has not only taken the initiative to forsake the biblical teaching on gender roles, but to actively encourage women to disobey Scripture. This comes as no surprise, however, since it is now known that RTS is funded by leftist billionaires like James Riady.

Please pray that RTS will return to its biblical roots and forsake the cultural shift of feminism.