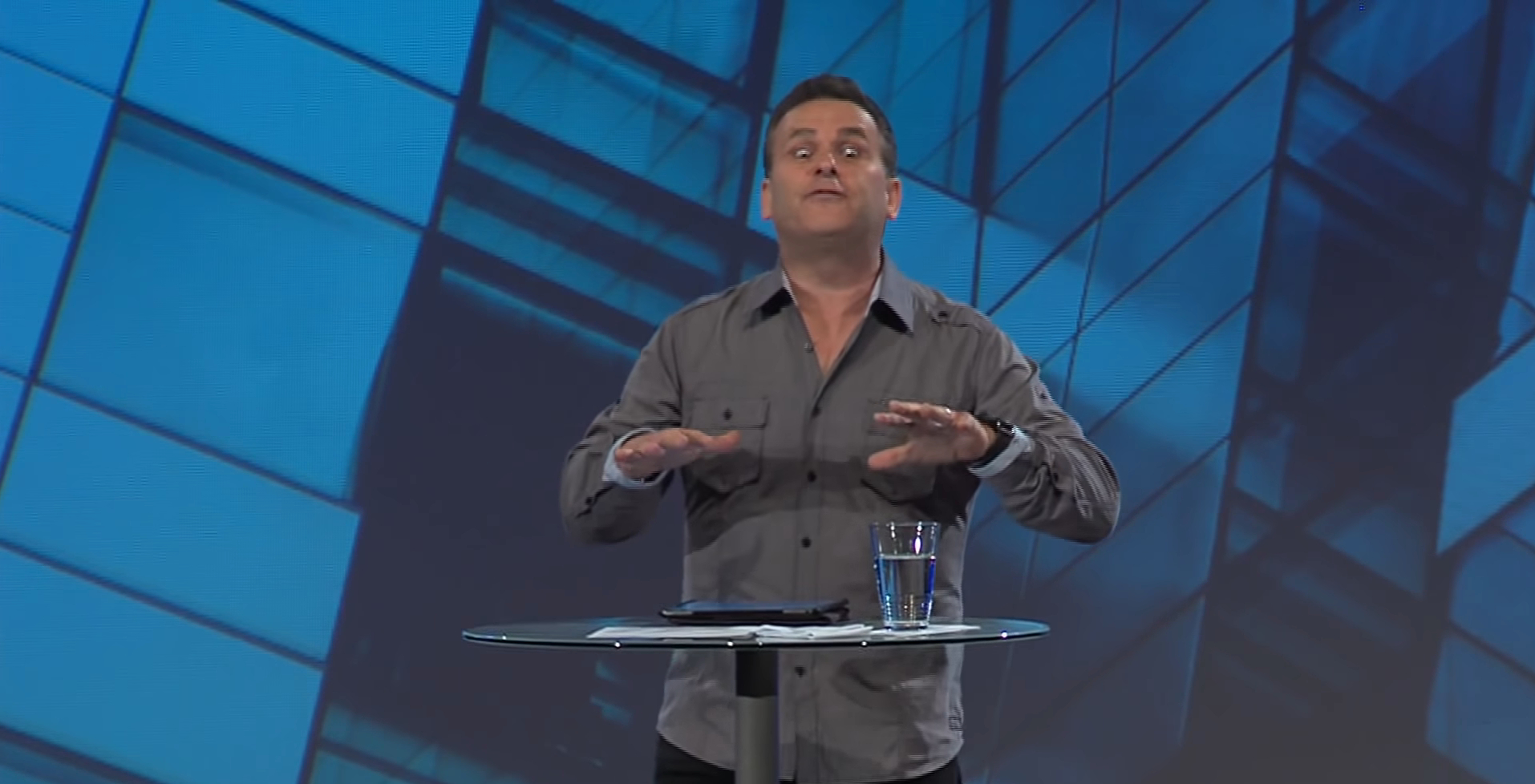 Pastor: “God Is In Control is the Dumbest Doctrine I’ve Ever Heard in My Life”

Honestly, this might just be the dumbest pastor I’ve ever heard in my life. It sounds like he gets his doctrine from 1 Opinions 3:16–or Acts 29.

Pastor of Springs Church Winnipeg, Leon Fontaine, says that because “millions of children are starving to death” and “millions of babies are aborted,” that “God is in control” is the “Dumbest doctrine he’s ever heard in his life.” According to him, it has caused more “heartache” and “more smart people to deny Christ” because of this doctrine.

Of course, this demonstrates a total ignorance of who God is. Biblically ignorant people often have a hard time reconciling God’s love with His wrath. To say that God is not in control of all things and that you can “give God control of your life” exposes a lack of belief in the Word of God — that God is sovereign over all things.

Many are the plans in the mind of a man, but it is the purpose of the Lord that will stand.

Our God is in the heavens; he does all that he pleases.

Christians always say two things about God: “God is a God of love,” and “God is in control.” How in the world do you take these two principles and bring them together when millions of children are starving to death and millions of babies have been aborted, thousands of little children have been raped and abused and the horrible things that are taking place on the planet — a chained twelve year old girl for nine years to a bed. [smirk] “God is in control…” Shut up! That’s the dumbest doctrine I’ve ever heard in my life… “God is in control.”

Any pastor that teaches this kind of nonsense has exposed himself as unqualified to lead a flock of Christians. You can see the video below: