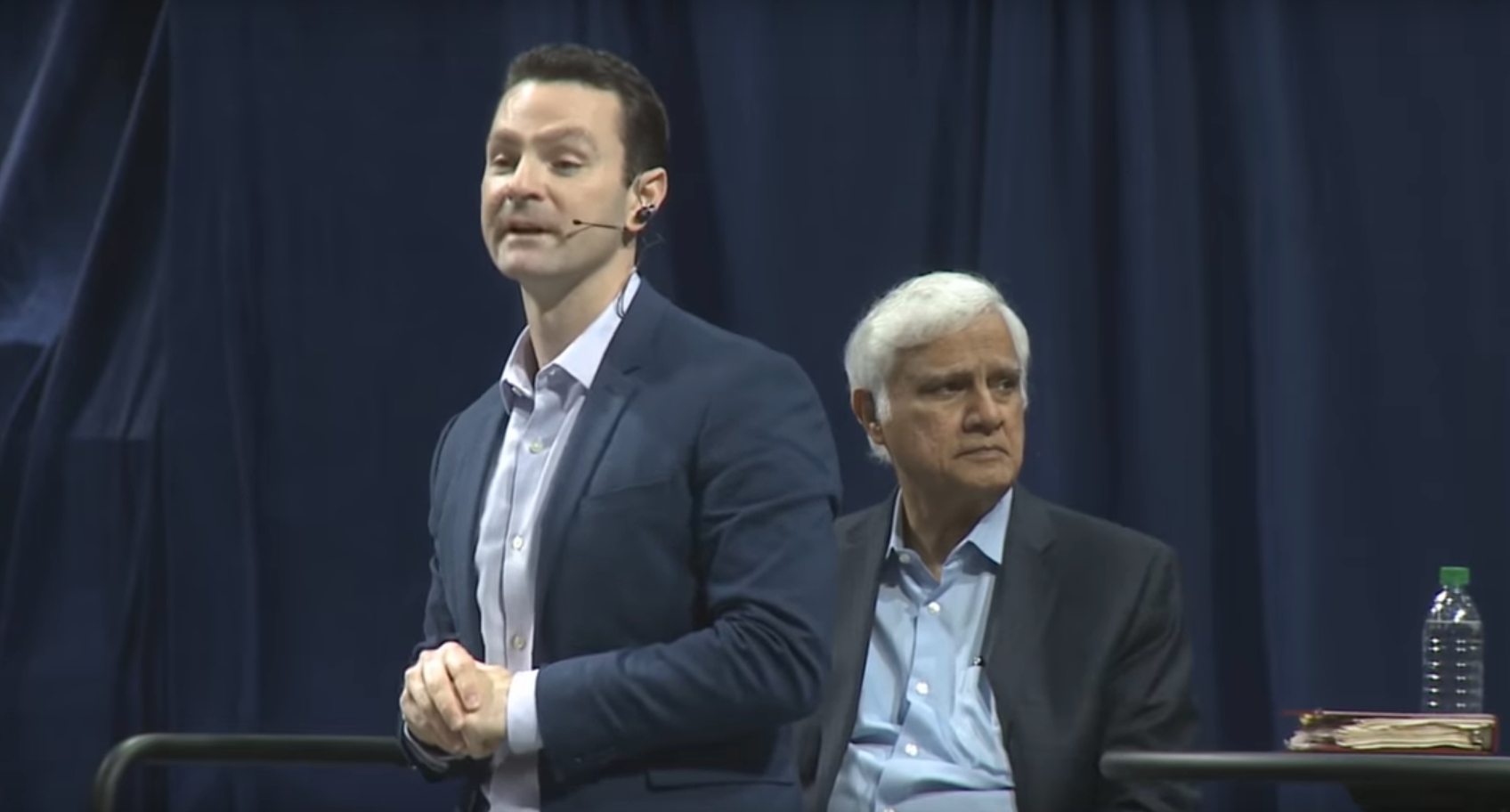 The road to full transgender and homosexual affirmation and inclusion in the Church is coming near full-stop — as in, we’re arriving. Through ministries such as Sam Allberry’s Living Out, the historic Christian faith is being altered right in front of us, and the Church is entering a new paradigm. Gone are the days when Christian leaders took a solid, biblical stance against sexual immorality. Even leaders in the most conservative of Christian sects have dropped the ball, with Southern Baptist president, JD Greear, trying to convince the Church that homosexuality is morally equivalent to boasting.

While Allberry and most of those who run in this “gay Christian” circus fall short of affirming actual sexual intercourse between two people of the same sex, many are advocates of other types physical intimacy between homosexuals.

A few weeks ago, Ravi Zacharias invited Sam Allberry to speak at one of his events where Allberry asserted that Jesus had “body dysphoria” — a rather absurd assertion. Such an assertion could only be made by one who has forsaken a biblical epistemology and worldview in favor of postmodernism.

In a video published today on Ravi Zacharias’ YouTube channel, Zacharias and Vince Vitale answer a question, “Is God Okay with People Being Transgendered?” response was, after giving a drawn-out speech confirming his desire to be noncontroversial and inoffensive, at the very least, highly concerning,

Why, if you are going through this yourself, and you’re dealing with it personally … because the Christian faith is asking me to trust that there can be this reconciliation, this restoration of two things that seem to be part of me and I don’t see how that can happen. The question is: Is there a God who is big enough and loving enough who can do that?

Did he reveal himself in history, and did he reveal himself in history in a way that shows us that he understands exactly what you’re going through? Because he took on a body that didn’t feel right. But he was able to go through that and rise with a redeemed body because he knows exactly what it is you’re going through. That’s why, if that’s true, you can trust him with your gender…

The whole notion that Jesus experienced some kind of body “dysphoria” is built on the unbiblical premise that same-sex attraction is not a sin, but a “disorder” which is a result of sin. It is compared to an ailment, one that needs treatment rather than repentance. This notion that Jesus experienced what the Bible refers to as rebellion is actually blasphemous, but it is an attempt to soften the Christian resolve against one of God’s most hated sins.