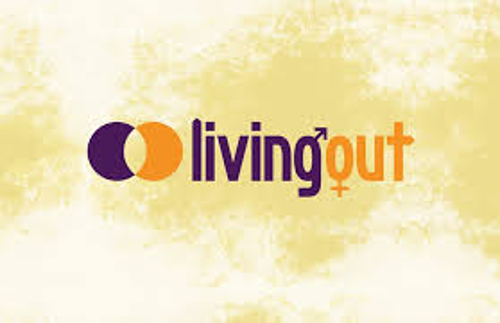 The move toward homosexual inclusion in conservative churches has taken an unprecedented turn in the last few years — one that the historic orthodox Church has never seen. Homosexuality was the one sin God found so egregious that it caused Him to wipe two entire cities off the face of the Earth. But in recent years, we’ve seen efforts to normalize disordered sexual attraction and fully include them in Christian ranks.

The Ethics and Religious Liberty Commission (ERLC) is a Southern Baptist entity headed by the left-wing former Democratic staffer, Russell Moore. The ERLC last year held a conference hosting Sam Allberry of the ministry, Living Out, which promotes the unbiblical acceptance of disordered sexual desires and behaviors.

During this conference, Sam Allberry gave a message that essentially called on the Church to redefine the “family” as the church body, then asked the Church to accept and include same-sex attracted people into full communion. Further, he suggested that church members “share” their children with same-sex attracted members by allowing them to babysit and be involved in the day-to-day activities with your family and children. Recently, Allberry — who describes himself as having “sexual, romantic and deep-emotional attractions to people of the same sex” — even called on churches to back single-parent adoption.

In another article released at Sam Allberry’s Living Out website, Allberry’s ministry partner, Ed Shaw explains that though he has sexual attractions towards other men, he believes that his attraction is “very natural” and normal and can be channeled into something non-sinful. He writes,

I need to stop seeing male beauty as a loaded pistol aimed destructively at me and instead as something that points me positively elsewhere. I need to respond to it better and to do that I think I need to understand how beauty works a little better.

Part of this is, I think, a growing that my response to male beauty is, at one level, very natural. In desiring a beautiful man, in wanting to become one with him, I am responding to real beauty as all human beings tend to whenever, wherever, they discover it in any overwhelming form.

Of course, this is completely opposed to what the Scriptures teach about Shaw’s sexual desires. And, no, “all human beings” do not tend to respond to unnatural desires in this way. The Bible describes these thoughts and feelings as “vile affections,” in the King James Version, “shameful lusts” in the NIV, and, according to the English Standard Version, “dishonorable passions.” These are anything but “very natural.”

Yet, Shaw goes on to write,

I think that will help me next time I see a beautiful man and find myself wanting to be united to him. I am, at one level, just responding to beauty as I am created to respond to it. There is little I can do to avoid this natural response. We are all wired to appreciate beauty. That’s just how we work.

Now, of course, there might soon be something to rightly fear in where I might take that instinctive appreciation of a man’s beauty. As soon as he becomes part of some sexual fantasy I have obviously crossed a line.

I honestly couldn’t make this stuff up if I wanted to. “As soon as he becomes part of some sexual fantasy”? Last time I checked, “appreciating a man’s beauty” and “desiring to become one with him” is pretty sexual. Jesus calls this “lust.” Not sure how much more sexual you can get than that.

It is sad to say that if this is what Shaw, Allberry, and the people promoting this unnatural LGBT inclusive ideology, one must ask if these people really understand the gospel. Yet, more and more we see these goalposts being slowly moved toward full affirmation. It always begins with a “softening tone,” which the Wallstreet Journal acknowledged Southern Baptists and other Evangelical leaders as having.

This is where the denomination is heading and if you don’t speak up now, you’re going to lose your voice.