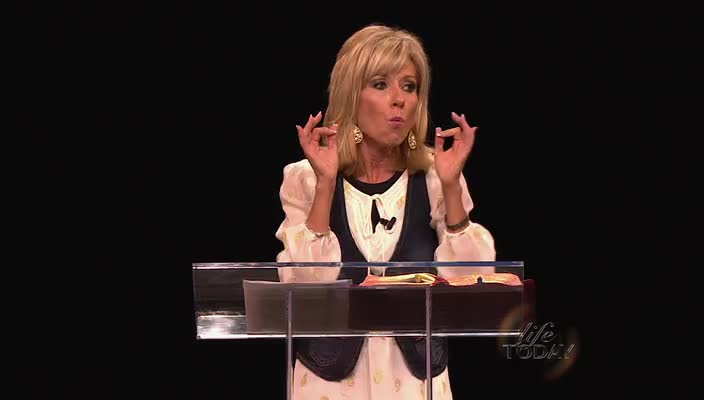 Is Beth Moore Seeking a Bid for SBC Presidency?

The Southern Baptist Convention (SBC) is a denomination in Evangelical Christianity. It has morphed over the years from originally conservative when founded in the mid-1800s to a largely liberal and progressive denomination in the 1970s. Then, in 1979, started the “conservative resurgence” which, through election, the convention eventually led to a split between the conservatives and the progressives, who formed that Cooperative Baptist Fellowship. Until recently, the Southern Baptist Convention has remained, for the most part, solidly conservative.

However, what we’ve seen right before our eyes in the past decade is, for lack of a better way of putting it, a “progressive resurgence” in the SBC. Instead of holding to staunchly biblical principles and remaining focused on the Church’s commission — the gospel — the SBC has increasingly become both a politically and theologically liberal denomination. It’s different though — it disguises itself well.

Mainly, by piggybacking off of cultural trends, the SBC continuously joins political movements, disguises them with a veneer of Christianity, and incorporates them into the mission. While the movement’s ideologies are founded in Marxism, the gradual progression is not revolutionary and has borrowed its tactics from Fabianism.

Slowly, the seminaries and Churches have worked to undercut the strong adherence to historic, biblical Christian doctrine and has opened the door for open-mindedness. We’ve seen the denomination over the years loosen its stance on homosexuality, open its doors to radical socialist ideas, and, through its latest cultural immersion, we see feminism creeping in.

Through the #metoo movement, which was largely a secular movement that “empowered” women to speak out against sexual abuse, the Church as a whole started its own #churchtoo movement which, while in some cases was justified, actually served only to open the doors to egalitarianism.

Historically, the Christian Church has rejected egalitarianism, both in the home and in the Church. The Scriptures are clear on the different roles men and women follow in the Christian context and this role serves a purpose — to glorify God and depict His gospel. But this is quickly changing.

In the wake of the #churchtoo movement, which gained momentum sometime in 2018, we now see a push in the SBC to “empower” women and to give them more leadership roles. Last year, in a Blog post by Dwight McKissic, a leader in the cultural Marxist movement in the SBC wrote,

To elect Beth Moore would do more to heal our Convention, seal women within our convention who have lost hope and right historic patterns of wrong toward women, without compromising qualifications, integrity, competency, or Scripture. The questions are, “Are we there yet?” or do we have to wait 100 more years and experience more of God’s judgment?

McKissic’s words are powerful words — not because of the integrity of the message or the biblical value they may possess — but because they resonate with the constituency of the denomination. Because secular universities, and Southern Baptist seminaries, for that matter, are largely producing social justice-minded robots, McKissic’s vocal insurrection to traditional orthodoxy garners much applause from progressives.

Which brings us to Beth Moore. Beth Moore is a progressive, Biblically inept “women’s Bible teacher,” as she claims — but has morphed into a preacher who not only preaches to women, but men. While Beth Moore states that she had no intentions of teaching men when she began her pursuit as a Bible teacher, last year, she pleaded with male Church leaders to rethink their adherence to Biblical complementarianism.

Beth Moore wants us to accept her as a female leader in the Church. Just a few days ago, during a Twitter exchange with Denny Burk, she doubled down on her plea for acceptance, stating that the Church h gone too far in limiting women and that there is a “tension between the Gospels and the epistles.”

This, of course, just displays more of Beth Moore’s theological ineptitude as she doesn’t understand the correlation between the books of Scripture — they were all written by the same God.

Other than being a member of a church that cooperates with the Convention, I am aware of no SBC constitution or bylaw statement that would prohibit the election of a woman as SBC president

Of course, when the bylaws for the convention were originally written, it was without question that the Biblical stance on female leadership was complementarian, and was assumed it did not need to be written in. But things are changing, and, as you can see, Beth Moore desires leadership, and the Southern Baptist Convention will likely not prohibit it.