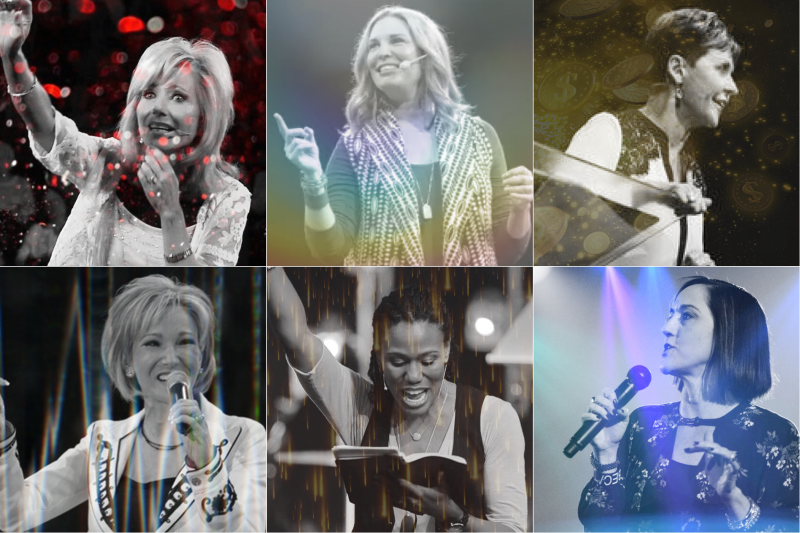 No, Women, You Are Not Called to Preach!

From Beth Moore to Christine Caine, from Joyce Meyer to Priscilla Shirer — women, women everywhere, are standing up and drawing crowds to preach. The phenomenon, which is historically scarce throughout the entirety of Church history, is gaining a lot of traction. I’m going to argue that the primary reason that women are drawn to preaching is not actually a love for God’s word, but a hatred of it.

The Bible is clear that preaching and teaching in the church is a responsibility reserved for men.

I do not permit a woman to teach or to exercise authority over a man; rather, she is to remain quiet.

Seriously, it doesn’t get any clearer than that. Still, some say that this verse is just saying that women can’t preach to men or teach men. No, Paul says he does not permit a woman to teach OR to exercise authority over a man. These are two separate clauses — neither are permitted.

But even if that weren’t the case, the vast majority of these lady preachers aren’t just preaching to women anyway. Women — like Beth Moore and Priscila Shirer — are mainstream preachers. Their audiences consist of as many men as women.

These lady-preachers, if you will, consistently argue that they are “called by God” to preach. One class that Beth Moore taught for years consisted of hundreds of people, including men, where it was argued,

God began to do a new thing, stirring the heart of Beth to move to a new meeting place, meeting time, change the name of the class, and allow men to attend.

Unsurprisingly, women who usurp the authority of male leadership — by preaching or teaching in the Church — are false teachers. Aside from the fact that they teach falsely on women preachers, many are wrapped up in prosperity theology, like Joyce Meyer and Christine Caine, claim extra-biblical revelations, like Beth Moore who said God gave her a vision of Him uniting Catholics and Protestants, romanticize their relationship with God, like Ann Voskamp who says she flew to Paris to “make love to God,” or promote various other heresies such as LGBT inclusiveness, like Jen Hatmaker. And even if you do — rarely — see a lady-preacher who seems solid, she’s still a false teacher on the premise that she’s not allowed to preach.

So why do women do this? Apart from the fact that a growing number of male leaders in the Church — like Matt Chandler, JD Greear, etc. — are becoming New Complementarians(e.g. egalitarians) and are too afraid of women to speak up, more than that, it’s because these women hate their God-given role as submissive servants in the Church.

As in all the churches of the saints, the women should keep silent in the churches. For they are not permitted to but should be in submission, as the Law also says. 3If there is anything they desire to learn, let them ask their husbands at home. For it is shameful for a woman to speak in church.

Why? Because they hate it. They are in rebellion against God and hate what God has designed them to do. Women are not called to preach. But the new feminist movement has mainstreamed this notion.

However, men, you are just as guilty of this sin when you enable it.