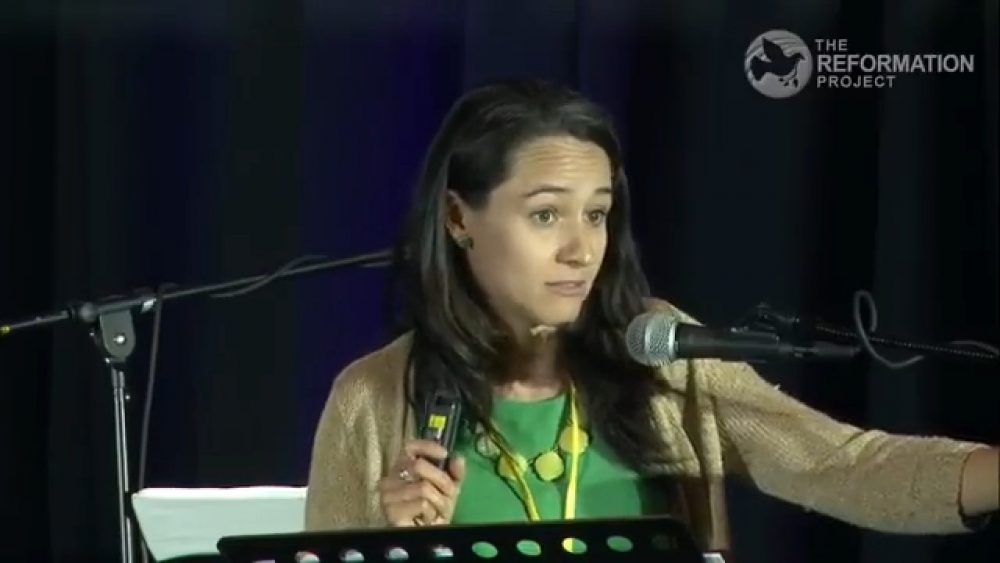 Have you ever heard your pastor tell you, frogs are a sign of the Fall? I have never read that in a commentary. But every time I talk to Christians about people who are intersex, they say, ‘Well, they must be a result of the Fall, because we don’t find them in Genesis chapter 1.’

That was the argument made by self-described “theologian,” Megan K. DeFranza, author of Sex Difference in Christian Theology: Male, Female, and Intersex in the Image of God while speaking at a Reformation Project conference hosted by the “gay Christian” Matthew Vines. The argument was made as an attempt to sway people to believe that hermaphrodites, also sometimes referred to as “intersex” people, are actually just normal ways that God made people.

In her argument, she suggests that because we never hear of intersex people in Genesis 1 prior to the fall, many conservative pastors use that as an argument to discount hermaphroditism as non-existent before the fall and that it is not a normal biological way that some people are made by God. She then attempts to counter this argument by suggesting that these same theologians who argue this way are hypocrites because they don’t argue the same way about frogs not existing before the fall because frogs aren’t mentioned in Genesis 1.

Of course, this is completely absurd on its face and defies all logic. No, the Scriptures do not specifically mention frogs prior to the fall, but it does mention that God created all of the animals and brought them to Adam to be named.

But, even more, Genesis 1:27 actually does refute any notion of God making “intersex” people that way before the fall as it specifically states that God made them “male and female.”