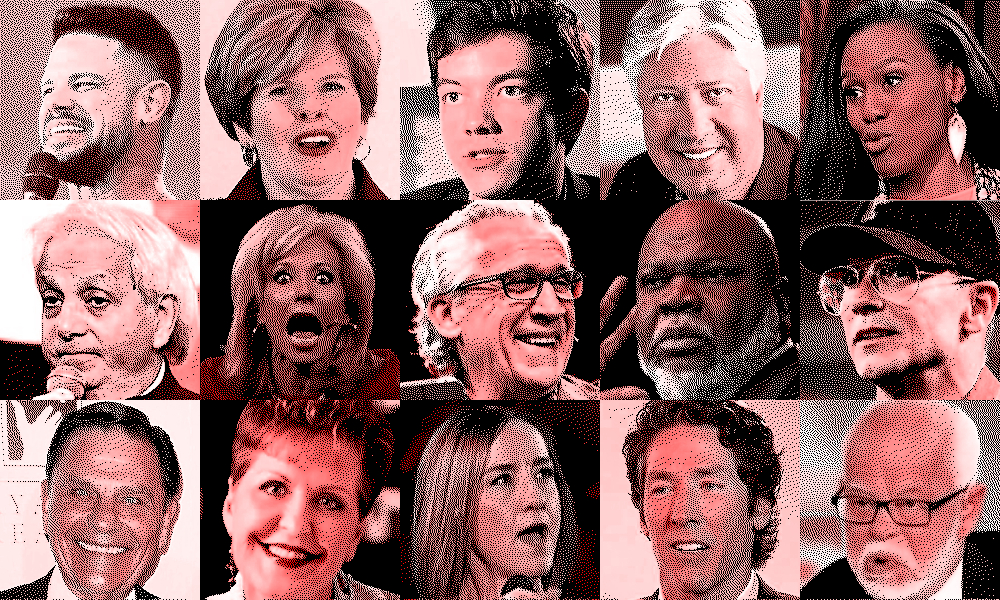 The Menace of Sensationalizing the Gospel

The proliferation of sensationalism in the contemporary Christian landscape is a dire and ominous phenomenon that threatens to undermine the very foundations of the faith itself. From the gaudy spectacle of circus acts on Sunday mornings, to the saccharine and emotionally manipulative strains of worship music, to the self-aggrandizing oratory of charlatan preachers, to the sideshow antics of so-called faith-healers like Todd White, the use of cheap tricks and shallow appeals to emotion has become all too common in the effort to sell Christianity to the masses.

Make no mistake, these purveyors of sensationalism are nothing less than charlatans, frauds and hucksters who have abandoned the true gospel in favor of a cheap and tawdry imitation. They are driven by a lack of faith in the power of the gospel to save and a desperate need to make Christianity appear “cool” or otherwise appealing to a lost and dying world.

Sadly, many so-called “churches” have become little more than entertainment venues, where a select group of performers takes center stage in a grotesque parody of worship. Hillsong, Elevation, Church by the Glades, Bethel, and countless others have made hyper-sensational entertainment their primary focus, offering up nothing more than a shallow and superficial spectacle in the guise of worship.

But the problem is not limited to the worship-as-entertainment movement. False gospels, such as the prosperity gospel, have also done immense damage to the witness of the Church. This pernicious doctrine teaches that God is a genie in a bottle, waiting to grant our every wish and desire for health, wealth, and temporal prosperity. This false gospel is popular because it is the most man-pleasing gospel of all, ignoring the true purpose of the cross – to offer salvation through repentance and faith in Christ.

The use of fake faith-healings is also a common feature of the sensationalized charismatic movement. Todd White and others like him travel the globe performing fake miracles and posting them on YouTube, complete with dramatic music and emotional manipulation, all in a desperate bid for fame and adulation.

Sensationalism has nothing to do with the truth of scripture or the transformed life of the believer. It is a cheap and sleazy imitation of Christianity, focused solely on miracles, entertainment, and drawing crowds. Once the sensational aspect of it is removed, like the multitudes who followed Jesus during his earthly ministry, will quickly lose interest and move on.

The proliferation of sensationalism in the contemporary Christian landscape is a dire and ominous phenomenon that threatens to undermine the very foundations of the faith itself. It is a cancerous tumor that must be excised if the Church is to remain true to its mission and purpose. The gospel of Jesus Christ is not a shallow and superficial spectacle to be sold to the masses with cheap tricks and shallow appeals to emotion, but a message of eternal truth that has the power to change lives and bring salvation to the world.

The Church is not a social club, an entertainment venue, or a marketplace for false gospels, but the body of Christ, called to be the light of the world, the salt of the earth, and the city on a hill. The true Church is where the Word of God is preached in its fullness and where the truth of the gospel is upheld and protected. Let us be vigilant in our quest to defend and uphold the true message of Christianity and reject the sensationalism that threatens to corrupt it.

Join our ad-free Substack community to read and post comments...
- Advertisement -
Previous article
Community Supports Naked Man in YMCA Girls’ Locker Room as Teenage Girl Feared For Her Safety
Next article
Why it Should Not Surprise Us that Charismatic Worship Leaders are Unfaithful to Their Spouses