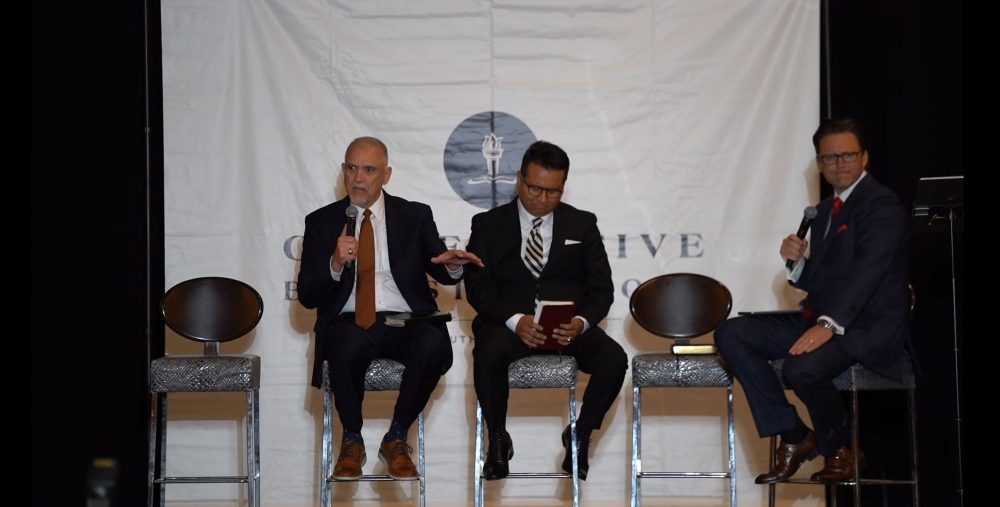 In an explosive new report, the Conservative Baptist Network, a powerful network of Southern Baptist Convention leaders, has indicted a number of denominational figures for their advancement and propagation of liberal ideologies within the denomination. The report, compiled by Klayton A. Carson, is a call to action for a new conservative resurgence within the Southern Baptist Convention.

The report names Southern Baptist leaders at Southern Baptist Theological Seminary (SBTS), Matthew Hall and Jarvis Williams, for their controversial statements on racial reconciliation and the influence of Critical Race Theory. Hall, a former dean and provost of SBTS, made shocking statements in 2018, referring to himself as a “racist” and a “white supremacist,” yet was appointed as provost and senior vice president of Biola University four years later, raising questions about the influence of liberal ideas within the Southern Baptist Convention. Williams, an associate professor of New Testament interpretation at SBTS, also spoke about the issue of white supremacy at a panel discussion, raising concerns about the push of liberal ideas in theological education.

The report also calls out Walter Strickland, associate vice president for Kingdom Diversity Initiatives at Southeastern Seminary, and Southeastern President Danny Akin, for promoting the teachings of Liberation Theologian James Cone at the school, and allowing these ideologies to flourish under their leadership. Kevin Smith, former Baptist Convention of Maryland and Delaware Executive Director and current teaching pastor of the Go Family Church Village Campus, and former vice chair of the Ethics and Religious Liberty Commission, is also named in the report for calling Southern Baptists who voted for Donald Trump “whores.”

The Conservative Baptist Network also indicted NAMB leader Dhati Lews and Southeastern Professor and Dean of Theology Jeffrey Bingham, raising concerns about the influence of these liberal ideas and ideologies and has called for action to be taken in order to protect the integrity of the SBC.

The report also criticizes Al Mohler for speaking out against a pro-Critical Race Theory resolution in 2019 yet failing to speak out against it when he had the opportunity to during the annual meeting. The report also mentions the failure to pass a resolution to rescind the pro-Critical Race Theory resolution and the Committee on Resolutions, led by now-SBC President Bart Barter, declining to bring forward a resolution that was co-submitted by over 1300 Southern Baptists in 2021.

The report also points to “Kingdom Race Theology” being promoted by serial plagiarist and former Southern Baptist Convention, Ed Litton, and prominent non-SBC pastor, Tony Evans as nothing more than Critical Race Theory wrapped up in some Christian language.

It further goes on to argue that in recent years, there has been a growing trend of female preachers within the Southern Baptist Convention, despite the traditional belief that scripture reserves the pastorate for qualified men alone. This trend includes popular teacher and Bible study writer Beth Moore, who preached at a Southern Baptist church on Mother’s Day in 2019, and at the George W. Truett Theological Seminary National Preaching Conference in 2022. Despite the rise of women preachers, the report states that some Southern Baptists continue to express concern that these actions contradict the Baptist Faith and Message 2000.

Additionally, the report highlights some concerning trends in the Southern Baptist Convention, such as declining baptisms and Cooperative Program giving, and double standards, particularly around areas of sex abuse, lack of transparency, and softening stances on homosexuality. The report argues that the denomination has turned a blind eye to progressive SBC leaders who have been accused of participating in covering up sex abuse, such as Bryan Loritts, who works at former SBC president, JD Greear’s Summit Church, while being much harder on conservatives who are accused, whether or not the accusations are credible.

Former SBC Presidents JD Greear and Ed Litton were criticized for softening their stance on LGBTQ issues. In a 2019 sermon, Greear suggested that the Bible is more lenient on sexual sin compared to other sins, and Litton made a similar statement in a since-deleted sermon video, arguments that this kind of rhetoric is problematic and sends a message of tolerance for LGBTQ individuals, despite the Southern Baptist Convention’s traditional views on the matter. The network also implicated Southeastern professor, Karen Swallow Prior, for her promotion of Revoice, the “gay Christianity” movement that suggests that same-sex celibate couples can live together in marriage-like arrangements so long as they stop short of bodily penetration.

The report also targets current SBC president, Bart Barber, who is criticized for defending former SBC president, Ed Litton’s serial plagiarism. Barber, the pastor of First Baptist Church of Farmersville, Texas, made several tweets and statements in September 2021 and August 2022. In a September 2021 tweet, Barber stated that Mark’s gospel is Peter’s account offered without attribution and that God inspired Mark to plagiarize Peter. In a different tweet, Barber said that Mark was not bound by any such authority and that he plagiarized as God inspired him to do.

Finally, the dossier criticized the North American Mission Board for its lack of transparency and called for a forensic audit of the organization’s spending and argued that over $1.2 billion spent by NAMB over the last 10 years has only resulted in diminishing evangelism and church planting. NAMB was also criticized for its promotion of a compromised advertisement program called “He Gets Us” which watered down the gospel message and presented Jesus as a social justice activist.

The Conservative Baptist Network is calling on all Southern Baptists to take action and protect the integrity of the denomination by fighting against the influence of liberal ideas and ideologies.