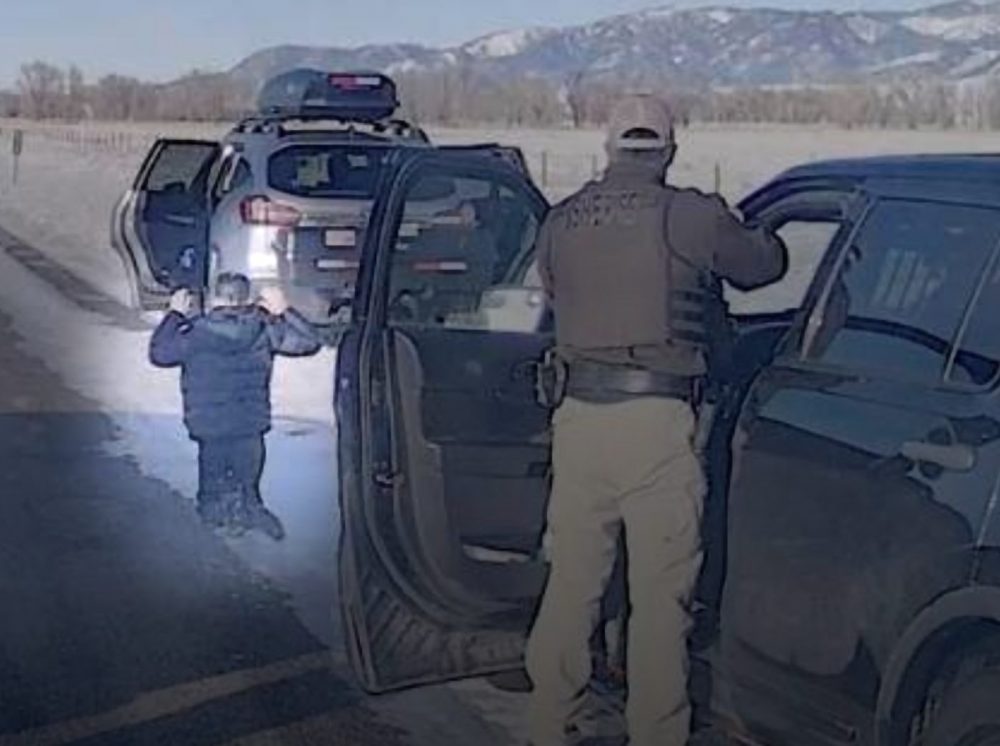 On Saturday, November 12, 2022, a group of five Christian missionaries were reportedly assaulted and arrested near Ennis, Montana, while on a cross-country journey to raise awareness about the distress in the country. The group, led by North Carolina pastor and missionary Jesse Boyd, was carrying a small cross and at times an upside-down American flag. Boyd is the founder of Full Proof Gospel Ministries.

According to Montana 1st News, the group was traveling between West Yellowstone and Ennis when a local resident stopped his truck in front of a vehicle driven by one of the missionaries, Carter Phillips. The resident reportedly got out of his vehicle and began yelling insults and telling the group that they were not welcome in Montana and should leave.

As Jesse and the other missionaries approached their vehicles, the Jesse days they were fixing to leave and that’s when the resident pulled up. The situation quickly escalated and the resident allegedly attacked Jesse, and according to WSOC, Jesse said he pulled out his gun. At that time, Jesse said the driver appeared to calm down, so he put his gun away. It was then, Jesse said, that the driver began trying to push him into the truck and then knocked him to the ground, sat on top of him, and began hitting and punching him. During the altercation, Jesse’s leg was cut, drawing blood.

The group called 911 and waited for the Madison County Sheriff’s Department to arrive. However, upon arrival, the officers reportedly ordered the group out of their vehicle at gunpoint and placed them all face down in the snow, handcuffing and arresting Jesse, his 18-year-old daughter Bethany Boyd, 12-year-old son Josiah Boyd, and two other Christian brothers, Eric Trent and Carter Phillips, on felony assault charges. Josiah was placed in the custody of Child Protective Services foster care. All of them have been held without bond.

According to reports, the resident who initiated the confrontation did not have to stop and could have just kept driving. The group claims that they only acted in self-defense and that this is an assault on religious freedom and on the First Amendment of the United States Constitution. The group’s first court appearance was on Monday morning via video from jail to the Madison County Courthouse.

During a hearing on November 15, Eric Trent was the only defendant in the courtroom and was shackled and wearing orange prison clothes. The judge read him his rights and the charges against him of Montana code 45-5-202 Aggravated assault, carrying a 20-year maximum in prison sentence and a $50,000 maximum fine. Eric pleaded not guilty and asked to be released on his own recognizance but the judge denied his request and set bail at $50,000. The next court hearing was on for December 13th.

According to Montana 1st News, a spokesperson for the group, the GPS monitoring company has informed the group that they only had one ankle monitor on hand and will need to order three more, which would not arrive until the following day, meaning that Jesse’s 18-year-old daughter, Bethany Boyd, was the priority for release, with Jesse Boyd and Carter Phillips potentially having to wait until the next day. Additionally, the group was required to pay $1,000 per monitor, with $500 to be returned when the monitors are returned, and a monthly fee for the privilege of wearing the electronic shackles according to Montana 1st News. This has led to concerns about the financial burden this may put on the group.

As of November 18, the missionaries were all reportedly released and back in North Carolina with their ankle monitors in place. In a recently surfaced video, it has been now been revealed that Jesse’s 12-year-old son, Josiah, was arrested in S.W.A.T.-like fashion. The young boy was humiliated, scared to death, and unnecessarily forced to the ground, handcuffed, then hauled off per CPS. Madison County authorities have been criticized for their handling of the situation. Below is a video testimony from Boyd’s 12-year-old son:

This is not Boyd’s first run-in with the police. In 2008, second-degree trespassing charges were dropped after Boyd and his brother Matthew were arrested in while distributing Gospel tracts at a summer event in Union Square, a public area in downtown Hickory, NC. The incident was publicized by the Christian Action League of North Carolina and the Gibbs Law Firm of Seminole, Fla. sent a letter to the city of Hickory asking for the charges to be dismissed and for the city not to interfere with the brothers’ constitutional right to distribute religious literature at future events.

The next court hearing on this is scheduled for January 23, 2023.