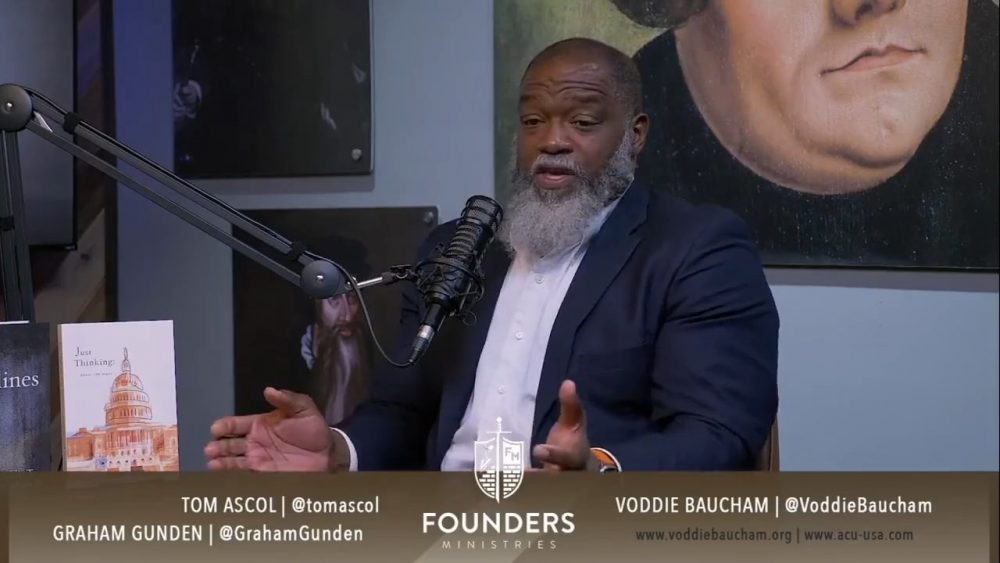 Voddie Baucham Exposes Gay Attack on Churches, Rips Pastors Who Fall For It

“What do you call a person who’s in a fight and doesn’t know it? The Loser.” That was what Voddie Baucham said during a recent interview with Tom Ascol on the Founders podcast referring to the fight that the Church is in against the cultural invasion of sexual immorality.

Voddie Baucham and Tom Ascol discussed the attempt by the homosexual community to infiltrate and influence churches. Voddie explained how some churches are being deceived by the idea of “democracy” and are giving in to the demands of the queer political left.

Well, if this equation over here is what I said that it is, then we cannot expect for long for religious exemptions on this issue either.

Join our ad-free Substack community to read and post comments...
- Advertisement -
Previous article
Ottawa Catholic School Board Exploits Children, Goes All-in on Gay Pride
Next article
The True Church Must Speak Out Against This Blasphemy of Abortion in the Name of Christ