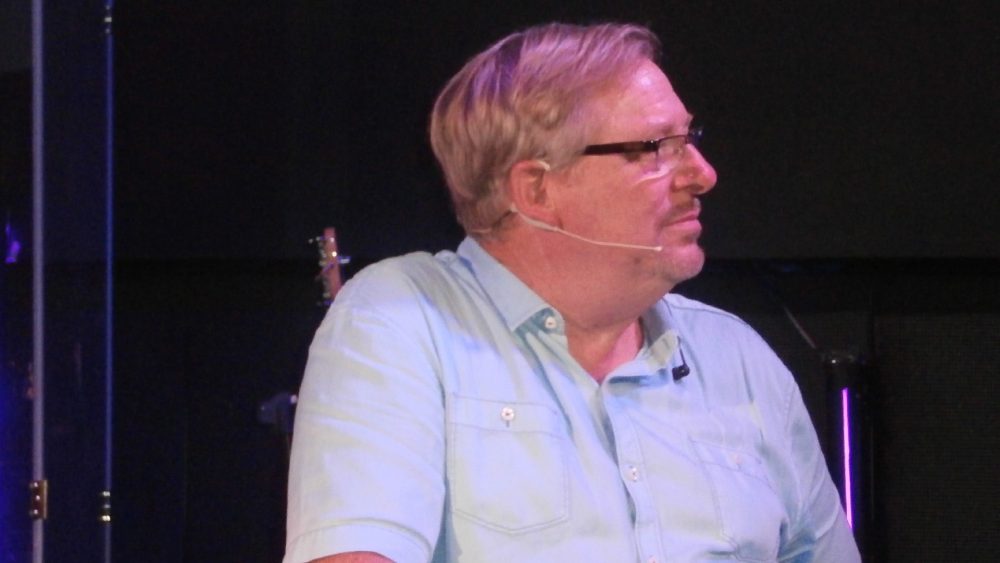 Rick Warren Suggests He Did Better Than Jesus, Brags He Baptized 57 Thousand People

Upon perusing a recent discourse with the “highly-esteemed” former pastor of Saddleback Church, Rick Warren, I was struck with a sense of familiarity, as if I were listening to none other than the notorious and boastful Donald Trump himself. Though the latter is notorious for his grandiose and self-aggrandizing rhetoric, I dare say that he may have met his match in Warren, who, when queried about his tenure as a minister, launched into an excessive and prolix oration of self-praise, declaring with great bombast that “I am the only pastor that my congregation has ever known. I have administered the sacrament of baptism to a staggering 70-something percent of the church in my 43 years as pastor. I have baptized 57,000 believers. I am not aware of any other church that has accomplished such a feat. In my 43 years as pastor, we have baptized five people every day for 43 years. This is truly a phenomenon that is beyond compare.”

Warren, though, is no stranger to the art of self-aggrandizement. When faced with the potential for ex-communication from the Southern Baptist Convention during its annual convocation in 2022 for ordaining female pastors in contradiction to the denomination’s statement of faith, Warren seized the microphone and proceeded to lavish himself with grandiose praise, trumpet his own accomplishments, and implore the messengers to permit him to remain within the fold.

Among the many accolades he bestowed upon himself, was the assertion that he had trained a staggering 1.1 million pastors throughout the course of his illustrious career. I am compelled to subject this claim to rigorous scrutiny and examination in order to determine its veracity and credibility. Warren then doubled down on his delusions of grandeur later in a tweet re-iterating his accomplishments:

Further, Warren recently released a video boasting about the size of his theological library, which is apparently larger than most people’s homes, raising questions about why Warren’s theology is so poor despite having access to such a wealth of knowledge and resources.

During the interview, Warren compares himself to Jesus suggesting that he’s responsible for adding a lot of people to the church daily. “At Saddleback, we have a very defined culture, ” Warren said in the interview.

Join our ad-free Substack community to read and post comments...
- Advertisement -
Previous article
Mall of America Security Orders Man to Remove Christian T-Shirt or Leave the Property
Next article
The Unshakable Doctrine of the Resurrection: The Cornerstone of Christianity