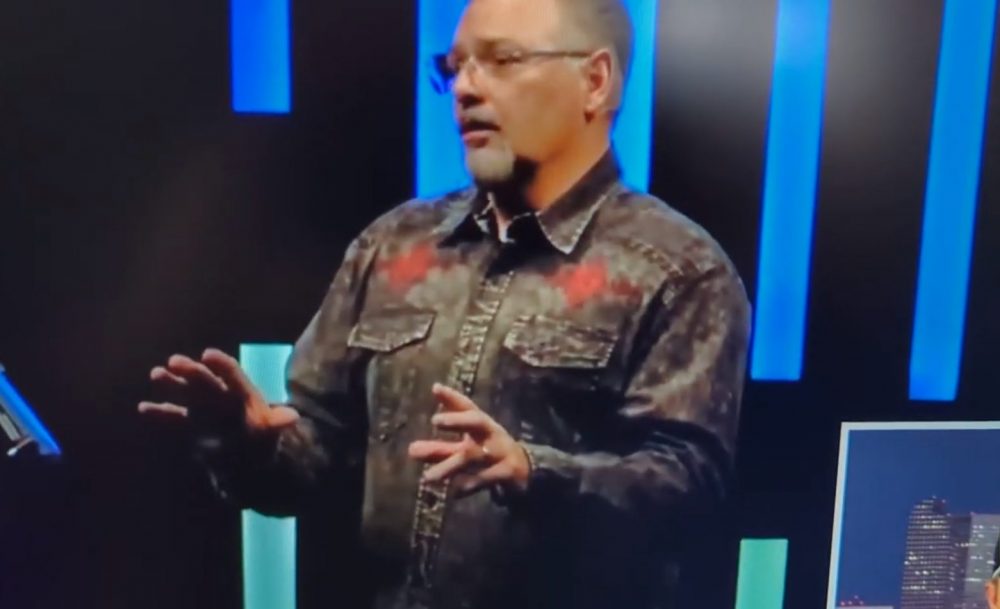 The Evangelical landscape in America today is nothing more than institutionalized self-worship designed to make people feel affirmed and accepted despite the fact that they are on their way to Hell. It doesn’t matter if it’s a Southern Baptist megachurch or a small non-denominational church in rural America, for the most part, they are all the same—apostate.

But another church has been brought to our attention by our friends at Protestia that has been doing the same thing. Rick Long of Grace Church, a megachurch in Arvada, Colorado, preached a pro-LGBTQ sermon telling about how a “married” lesbian couple started coming to his church and were shortly after baptized while still living together in sin.

Long, who appears to be an extremely immature man for his age, says he “trusted Jesus Christ when I was 8 years old at a prophecy conference in Boulder, Colorado” and he now calls Grace Church “the greatest church in the world.”

During his sermon, he talked about how the married lesbian couple met him and told him that they wanted to “get involved” with the church, so they set up a meeting with him. He said they came to the meeting trembling and in tears, afraid that they would be judged. He asked them “why” and they responded:

and I’m like “great!” They go “great?” and I go “great!” Okay, they stop trembling, I go “hey, I just want to get to know ya.” So we start talking, and they start opening up, and I said “hey, what do you guys think about Jesus? What have you done with Jesus?”

He then explained how he gave them the “gospel,” (whatever gospel it is that they believe, because it isn’t the biblical one if it doesn’t require repentance), and that he baptized the lesbian couple while they were still living together, “married,” and unrepentant.

Make no mistake about it people, this is where every Evangelical church in America is headed save a few of God’s remnant. Why? Because this is what is acceptable in American life and not doing so will get you canceled, cost you your job, and push you to the outskirts of society.