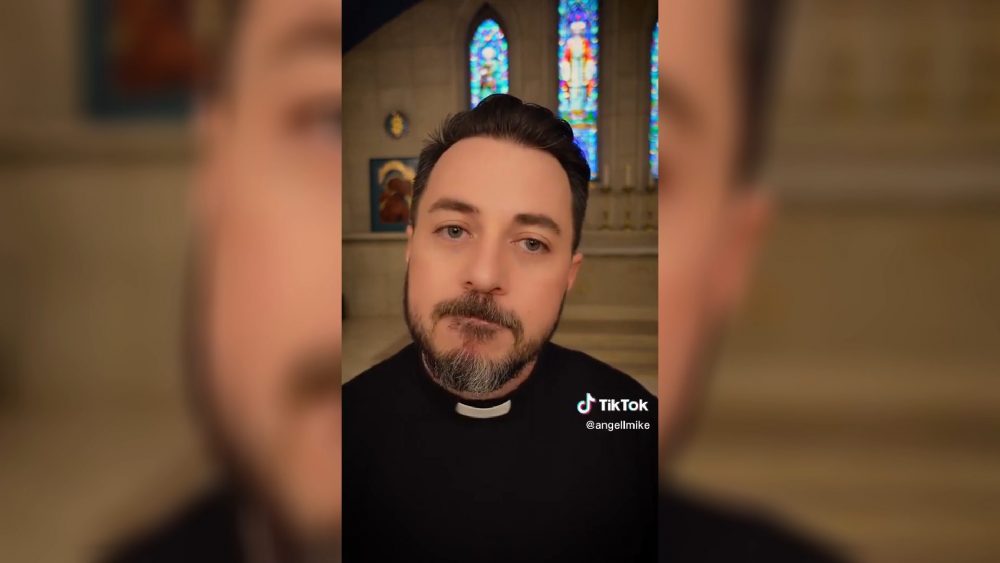 There is an all-out war against biblical Christianity and anyone who actually believes and follows Jesus Christ. The Pagan society has made it clear—there is no room for all of us on this planet and those of us who take God at His word are not welcome to participate in society. We are outcasts and we are outnumbered.

Despite the evidence that the shooter at the Colorado Springs gay nightclub was actually a homosexual himself, there is no shortage of accusations that the shooting was, in fact, due to anti-LGBTQ rhetoric coming from conservative, Bible-believing Christians.

In this video, a queer “pastor” named Mike Angell from The Episcopal Church of the Holy Communion says that it’s time to hold anti-queer pastors accountable. Mike, along with his “husband” Ellis Anderson—who works with children as a Librarian at a local middle school—are raising a young boy as gay parents. But it’s the “anti-gay” bible-believing pastors that are a danger to children. Go figure.

The shooting at Club Q happened in my home state of Colorado. I’m angry and I’m tired. I’ve been seeing a lot of LGBTQ leaders say to politicians who have used anti-queer rhetoric that they will be held accountable. As a queer pastor, as a gay priest, I feel like it’s also time that those of us in the religious community start holding homophobic clergy accountable.

If you are in a church where anti-trans or anti-gay or otherwise homophobic material starts coming out of the mouth of your pastor on a Sunday morning, I encourage you to stand up, walk out. If you’re part of a denomination where you have colleagues who share anti-queer sentiment, especially if they do so from the pulpit, it’s time to call them out.

Join our ad-free Substack community to read and post comments...
- Advertisement -
Previous article
The Chosen is Offering a Free Trial to an App That Lets You Pray With Their Cast Members
Next article
Pastor Declares That God Has Already Chosen Warnock as the Winner of the Runoff Election