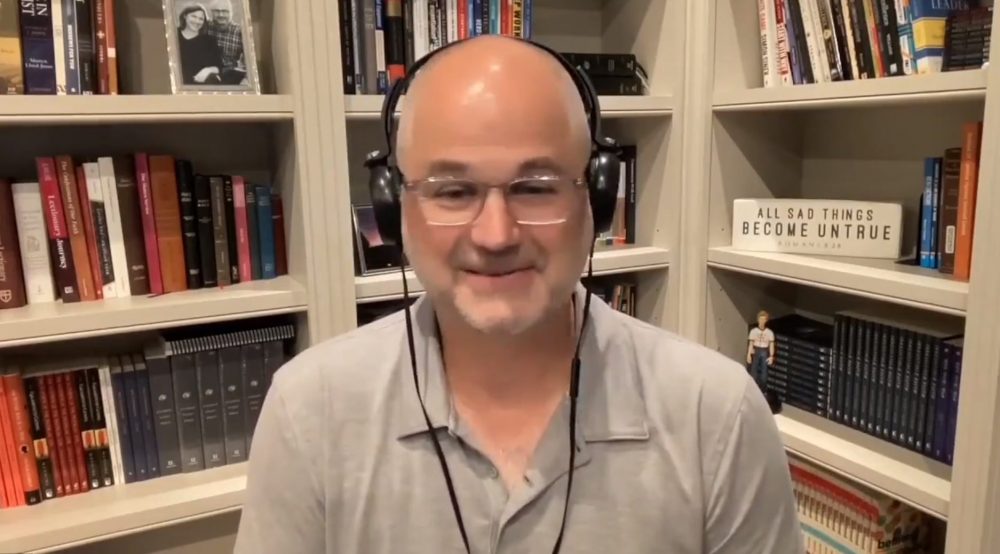 Scott Sauls, the Senior Pastor of Christ Presbyterian Church in Nashville, TN, and a prominent contributor to The Gospel Coalition has made headlines quite a bit in recent months as he’s expressed sympathy toward the Revoice “gay Christianity” movement and offered a sort of apologetic for it.

In August, Sauls argued that heterosexual marriages should mirror the commitment found in gay marriages. He asked his listeners during a podcast, “Is your heterosexual marriage as committed as some gay marriages?” Acknowledging, at least, that these marriages are “out of step with Scripture,” he continued to implore his listeners to use them as a model for their own marriage. “Some gay marriages are deeply committed, as out of step with scripture as they are. Your marriage commitment needs to be at least on the same level…to have some sort of credibility,” Sauls stated.

Sauls has now seemed to move even further away from biblical orthodoxy in marriage taking the express position that if one’s sexual and marriage ethic doesn’t include provisions for combating the loneliness among homosexuals, then it isn’t truly Christian.

One could argue that what he states here is technically and superficially true, however, it would be for different reasons. Sauls, and others of his philosophical bent, argue against Scripture that God’s provision for the need to fulfill the deep, emotional desire for intimacy isn’t through marriage, but through the local church.

And while the local church is the primary source of fellowship and friendship among Christians, it is not meant to be a a replacement for the sort of intimacy that can only be found through the institution of marriage. In Genesis 2:18, God said that “It is not good that the man should be alone” and then provided Adam with a wife. Keep in mind, this was before the fall while Adam was still in full fellowship with God—Adam was not lonely because he lacked fellowship with God, he was lonely because he lacked a wife. This is how Adam was created and it was God’s design from the very beginning for man to have intimate relationships with one another through the institution of marriage.

Back to what Sauls stated about a Christian sexual ethic providing solutions for same-sex attracted Christians, those words are, again, superficially true. A biblical sexual and marriage ethic absolutely should—and does—provide solutions to combat loneliness. It’s called repentance and faith. A biblical sexual ethic calls on one to repent of their idolatry and lust of the same sex and turn to Christ. Further, a biblical sexual ethic follows the Creation ordinance of fulfilling our sexual desires and need for intimacy through a marriage between one man and one woman. It is natural and it is biblical, and the Apostle Paul confirmed that this is how this need should be fulfilled in 1 Corinthians 7:9.