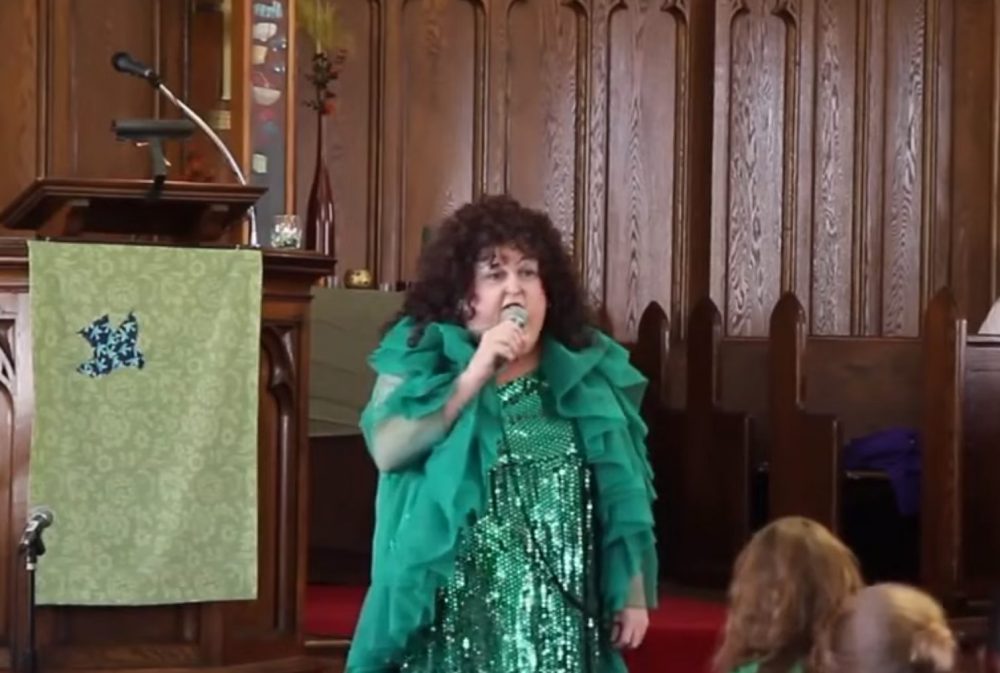 The Apostle Paul warned in 2 Timothy 4:3 that a time would come when people would no longer endure sound doctrine but rather turn to whatever it is that causes them pleasure in a world filled with hatred and rebellion toward God. What could be more rebellious toward a holy and righteous God than denying yourself as you were created by Him and instead, turning to the myth of cross-dressing and pretending to be someone of the opposite sex?

We expect the world to act this way—the Scriptures are replete with examples of societies being turned over to sexual anarchy as a judgment against them for sin. Sexual anarchy is, by definition, one of the few sins whereby the judgment for that sin is the sin itself. It’s destructive to the human race and it’s an affront to the God that we serve. This is why we care and this is why we oppose it, expose it, and call those involved in it to repent.

Yet, the one thing that can make sexual anarchy worse than what it already is in the Pagan world is to drag the name of Jesus Christ through this perversion and filth. To pretend to be a church, a pastor, a man or woman of God, yet poison those who you are charged with defending with the sickness that is sexual anarchy. This is not benign or morally neutral—to do this demonstrates a level of hatred for the Creator of all things above and beyond anything else.

Yet, people pretending to be pastors and people gathered pretending to be churches are doing just that. Here, a pastor hands the microphone over to a drag queen named Ruby Sims—a man wearing a green dress and a wig pretending to be a woman—to sing Peace on Earth at First Church Somerville, MA where many children are clearly present.

Join our ad-free Substack community to read and post comments...
- Advertisement -
Previous article
I Don’t Like Donald Trump But May Vote For Him in 2024 With all His Reprehensible Baggage!
Next article
New Disney Series Depicts Children Saying “We Love You Satan”