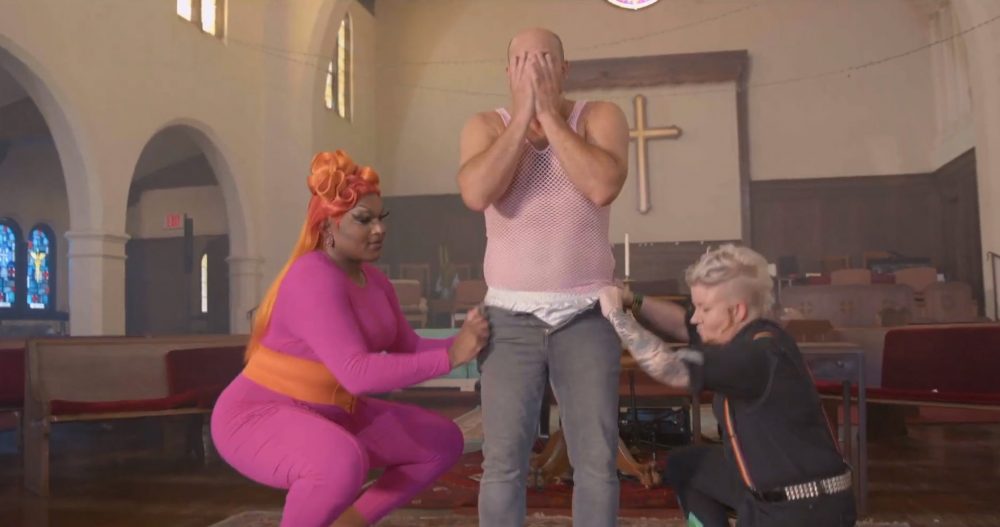 And when you couple that idolatry with entertainment and merge it with sexual immorality and feed it to children, all bets are off for the future of our planet save God’s remnant whom He has elected to Himself through His son Jesus Christ.

One of the greatest evils of our time in this nation is the prevalence of mixing sexual immorality with false Christianity. It is clearly a false Christianity as God speaks clearly about how He will deal with sexual immorality (Romans 1) and the Apostle Paul commanded the Church to purge those who unrepentantly practice it from the church as it defiles the bride of Christ (1 Corinthians 5:13).

Yet, a large swath of professing Christianity has decided to call this evil “good.”

Woe to those who call evil good and good evil, who put darkness for light and light for darkness, who put bitter for sweet and sweet for bitter! —Isaiah 5:20

Below, a drag queen who regularly participates in “church” services and has also joined up with former GMA Dove Award winner from the Christian band, Caedmon’s Call, Derek Webb, has released a new music video mocking Christianity. And it isn’t just a flimsy, dopey self-production. This is a highly professional production and was filmed in Normal Heights United Church, in San Diego, which describes itself as a “community” that is “open to all ages, races, ethnicities, political affiliations, gender identities, sexual orientations, socioeconomic status, faith histories, marital status and mental or physical abilities.”

And they come to you as people come, and they sit before you as my people, and they hear what you say but they will not do it; for with lustful talk in their mouths they act; their heart is set on their gain. —Ezekiel 33:31

Join our ad-free Substack community to read and post comments...
- Advertisement -
Previous article
Children Desperately Try to Hide Faces as Parents Drag Them to Drag Queen Church Service Luncheon
Next article
Charismatic “Prophetess” Desperately Trying to Hang On as Major “Prophecy” About to Be Proven Wrong