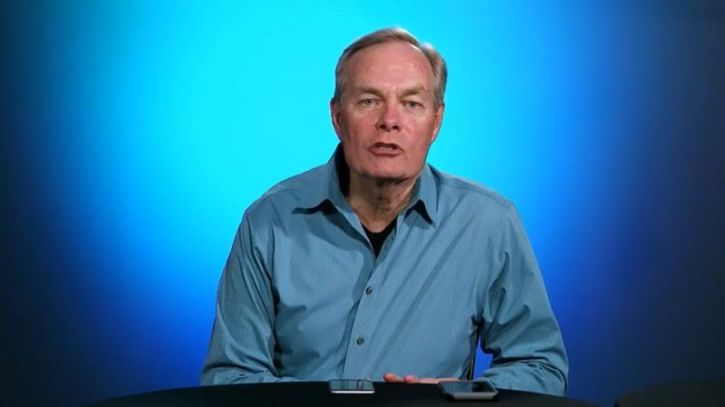 Andrew Wommack is a popular Word of Faith teacher and televangelist who twists the Word of God, teaching false doctrines such as “positive confession” and “seed sowing.” Wommack is the founder and CEO of Andrew Wommack Ministries and Charis Bible College.

Wommack is a teacher of the heretical “positive confession” doctrine. While this doctrine manifests in many forms, it is closely linked to the Word of Faith heresy that, in its most basic form, teaches that we have the power to create through speaking the way God does. In his online commentary on Matthew 18:18, he says, “we can actually bind up the positive results of sowing and reaping in godly people and loose the attacks of Satan against them by the words we speak.”

Wommack also teaches the false doctrine of “faith healing,” and rejects prayer for the sick and asking God to heal people. In his article, Our Authority Releases God’s Power, he twists the Word of God to teach that the gifts of the Apostles means we shouldn’t ask God to heal but to take authority and heal people ourselves. He writes:

The Lord never told us to pray for the sick in the sense that we ask Him to heal them. He told us to heal the sick. There is a BIG difference between the two. It has to do with operating in the authority He has already given us.

But the most outrageous claim he makes about healing is that healing is actually the gospel—and then he says that most people don’t believe it. In another article titled Faith for Healing is Based on Knowledge, he writes:

Here’s another indispensable basic truth you must know and understand about healing: It’s never God’s will for us to be sick; He wants every person healed every time. That’s nearly-too-good-to-be-true news, but that’s the Gospel. Most Christians don’t know or believe that.

Let that sink in: Wommack claims that most Christians don’t believe the gospel. So, for Wommack, who equates the gospel with “never being sick,” has just condemned most of the professing Church to Hell, including people in his own camp like Beni Johnson of Bethel Church, because they don’t believe what he says is the gospel.

Paul also condemns those like Wommack who pervert the gospel into something it isn’t. In Galatians 1:8-9, Paul says not once, but twice, that those people who preach another gospel contrary to the one he taught will be accursed:

Wommack once claimed that he raised his own son from the dead after he’d been dead for five hours and that he knows at least 30-40 other people who have been raised from the dead. Of interest, however, is that there is no record anywhere to be found of any of these miraculous resurrections. No medical records. No video evidence.

… My own son was raised from the dead. He was dead for five hours. And in a morgue, stripped naked with a toe tag on, and they called me, and [wife] Jamie and I just spoke our faith, and he sat up and started talking, raised from the dead, no brain damage. No more than he had before…

I know 30 to 40 people, that I know personally, who have been raised from the dead, or who have raised another person from the dead.

Jude writes in verse 4 about people like Andrew Wommack, “For certain people have crept in unnoticed who long ago were designated for this condemnation, ungodly people, who pervert the grace of our God into sensuality and deny our only Master and Lord, Jesus Christ.”

Wommack also is heavily into the dreams and visions movement, claiming to have received much of his teaching directly from God through his dreams, which Jude also condemns:

8 Yet in like manner these people also, relying on their dreams, defile the flesh, reject authority, and blaspheme the glorious ones. 9 But when the archangel Michael, contending with the devil, was disputing about the body of Moses, he did not presume to pronounce a blasphemous judgment, but said, “The Lord rebuke you.” 10 But these people blaspheme all that they do not understand, and they are destroyed by all that they, like unreasoning animals, understand instinctively. 11 Woe to them!

Should we be following Andrew Wommack? Is he a true Christian at all? Jesus tells us in Matthew 7:15-20 that we will know them by their fruit. And, according to the Scriptures, Wommack’s fruit is rotten.