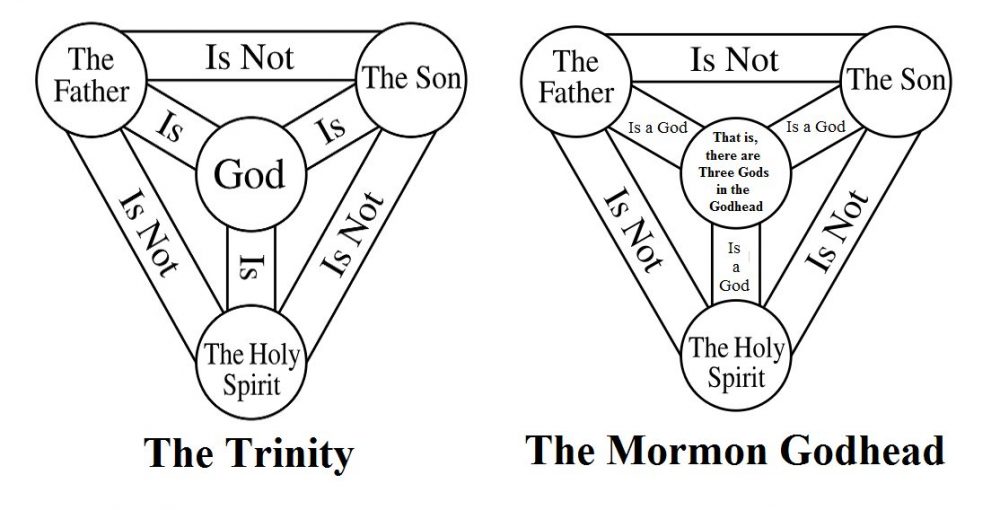 Heresy of the Day #15: Mormon Tritheism

“Gods” in the Bible and Mormon Tritheism

I quote this from this Mormon website. That is, it is their words, not my representation.

Up until the last words, “and three Gods,” a biblical Christian could be nodding his head, because the Bible does, indeed, indicate that the Father, Son, and Holy Spirit are three distinct persons, but, we insist, they are one God. We know this because each person, as Mormons will concede, is called in turn, God.

Yet, the Bible also tells us,

“Thus says the Lord, the King of Israel and his Redeemer, the Lord of hosts: I am the first and I am the last; besides Me there is no god. Who is like Me? Let him proclaim it. Let him declare and set it before Me, since I appointed an ancient people. Let them declare what is to come, and what will happen. fear not, nor be afraid; have I not told you from of old and declared it? And you are My witnesses! Is there a God besides Me? There is no Rock; I know not any” (Isaiah44:6-8, emphasis added).

“To you it was shown, that you might know that the Lord is God; there is no other besides Him” Deuteronomy 4:35).

Three persons called God, and only one God; that is the simple description of the triune God of the Bible, the creeds, and biblical Christianity. It makes no allowance for multiple deities, whether the three of Mormonism or the millions of Hinduism, or any number held forth in pagan religions.

In response to the plain words of the Bible, Mormons claim that their belief is consistent with the Bible’s references to “gods.” Yet even that claim is refuted by the Bible itself. It must be granted, of course, that the Bible does refer to “gods.” But the usage clearly forbids any conclusion that the reference is to real gods, as is the living God of the Bible.

Consider another reference from the Old Testament:

“There [i. e., in Babylon] you will serve gods of woods and stone, the work of human hands, that neither see, nor hear, nor eat, nor smell” (Deuteronomy 4:28).

That is, when the Bible refers to “gods,” it means idols, as the deceived pagans see them, not in their real nature.

In the New Testament, we see these words from the Apostle Paul:

“What pagans sacrifice they offer to demons and not to God” (I Corinthians 10:20).

He goes beyond Moses and says that pagan deities are not merely idols, but are actually demonic spirits. And that brings us back to the three gods of Mormonism. Not only are they not, any of the three, the God of the Bible, but they are, in reality, demonic spirits leading Mormons on a merry path to Hell.