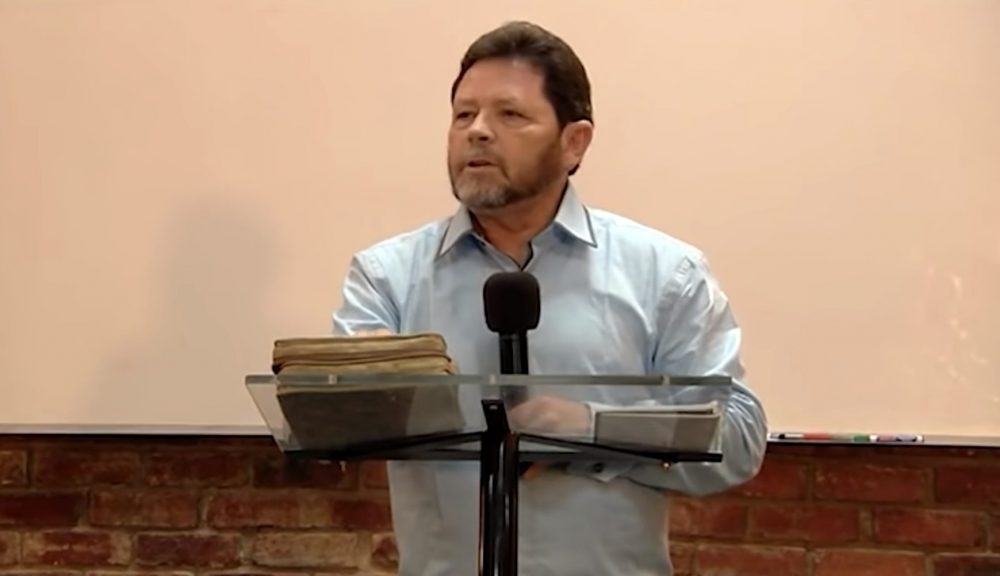 Making #50 on our False Teacher of the Day series is Curry Blake. Curry Blake is the founder of a ministry called Divine Healing Technician Training, or DHHT for short. Blake walks in the footsteps of the South African false prophet and fraud, John G. Lake, and is now the “General Overseer” of John G. Lake Ministries.

Blake says that the reason he took over Lake’s ministry is that Lake “prophesied” that he would 25 years prior. According to Blake’s website, “Blake had been run over by a car as a baby, but while in the hospital, his mother prayed for him and he miraculously recovered with barely any sign of what was thought to be a life-threatening injury. Unknown to the Blake family at the time, this event occurred exactly 25 years after Lake had given a prophecy about a successor who would come 25 years later. Blake has begun to rebuild Lake’s ministries and vision.”

One research study concludes the following about John G. Lake, his ministry, and the fraud and deception he used to propagate his cultish religious movement in South Africa:

An analysis of the missionary career of John G Lake shows that the initial spread of Pentecostalism and Zionism in southern Africa was facilitated by the systematic use of fraud and deception. After having fled from Zion City in America in 1907 to escape popular justice, Lake and his missionary party introduced to South Africa an array of faith healing techniques used by the original Zionist John Alexander Dowie. They used these and other forms of deception to build a unified Zionist/Pentecostal movement. Additionally, they trained a number of influential African Zionists to use these methods – a factor that further contributed to the rapid spread of this new religious movement.

John G. Lake, who Blake now carries on, taught a number of strange and evil doctrines, including the little-god heresy. Little-god theology is a popular heresy among charismatic false prophets that teaches that we as humans carry within us the potential to become God, or divine like God.

“Beloved, God is calling men and women to a holier consecration, to a higher place in God, and I am one of God’s candidates for that holy place in God.  I want to get to the throne of God….And that is the experience that is going to make the sons of God in the world.  That is the reason they will take the world for Jesus Christ, and the Kingdom will be established, and they will  put the crown on the Son of God, and declare him, ‘King of kings and Lord of lords”. (Ibid page 510)

And Lake also taught that channeling the dead was perfectly fine so long as you channeled them from Heaven instead of Hell.

“Listen it is not dragging spirits up, and it isn’t dragging some spirits down.  There is nothing about calling spirits down from God in the Word; only about calling them up from the depths,” (Ibid page 122) and believed that his dead wife spoke to him from Heaven, “She arose from her chair, her eyes quite shut, and came in my direction.  I got up and moved my chair.  She walked right around and came to me.  She slipped her fingers down, gave me a little chuck just like my late wife would have done, and said, ‘Jack, my Jack, God is with you all the time.  Go right on.  But my baby, my Teddy, I am so lonesome for him, but you pray so hard, you pray so hard.” (Ibid 133)

According to Blake, he “lost his oldest daughter to sickness when she was two years old.” He then “dedicated his life to find the answers that he so desperately searched for during his daughter’s sickness” yet, prayer and faith “was not enough to win his daughter’s fight.” Therefore, he founded DHHT for the purpose of training people how to “heal the sick, raise the dead, cleanse those who have leprosy, drive out demons.”

Blake offers courses in what he calls “divine healing” and through his “ministry,” you can become a “Certified Divine Healing Technician,” or “C-DHT.”

By signing up for his program, you can learn how to “heal the sick like Jesus,” you’ll have exclusive access to training videos, and monthly programs, and you can take phone calls from people in your area who need “divine healing.” In other words, you can become a tele-healer.

This, of course, is nowhere found in Scripture. Understanding that there is much debate around the continuation of the apostolic sign gifts, which this author firmly believes have ceased, even if you believe they continue, one cannot make the case that one needs a certification from a hack job like Curry Blake in order to perform divine healings over a telephone call. This is just simply absurd.

Blake, who now carries on the ministry and traditions of the fraud, John G. Lake, is clearly a false prophet and a fraud just like his predecessor. He should be marked and avoided at all costs.

*Some research is credited to sources no longer publicly available.

Join our ad-free Substack community to read and post comments...
- Advertisement -
Previous article
Chicago Seminary Associated With Russell Moore Partners With Garrett Seminary to Offer Master of Divinity in LGBTQ Studies
Next article
Basically, a White Person Becoming a Christian Automatically Makes One Guilty of Sin, According AND Campaign