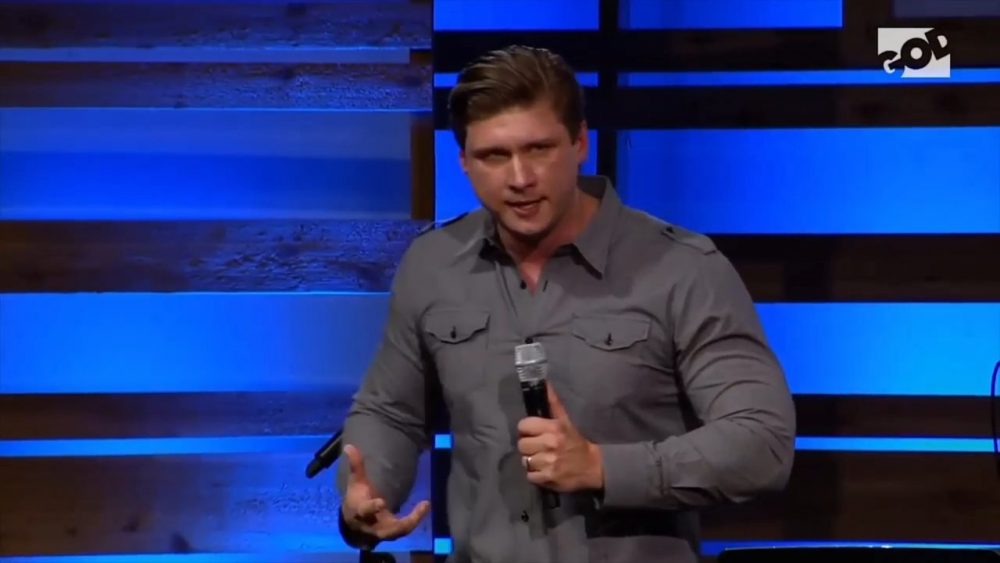 Daniel Kolenda is a popular New Apostolic Reformation false teacher who calls himself a “missionary evangelist, pastor, author, and teacher, who has led tens of millions of people to Christ face-to-face through massive open-air evangelistic campaigns in some of the most dangerous, difficult, and remote locations on earth.” Kolenda is the president and CEO of a “ministry” called Christ for All Nations.

Kolenda is known for his conference appearances as he regularly appears with such other popular false teachers as Francis Chan, Todd White, and Lou Engle and is also associated with the most heretical NAR church in the world, Bethel.

Kolenda is a proponent of a popular heresy among charismatic false teachers called little-god theology, or the belief that we as humans carry within us the potential to become God, or divine like God. This is not only a heresy found among charismatics, however, but it is also the underlying teaching of Mormonism–that our future as believers is to partake in the divinity of God and become gods ourselves.

The only-begotten Son of God, wanting to make us sharers in his divinity, assumed our nature, so that he, made man, might make men godsCCC, Second Edition, Section 2, Chapter 2, Article 3, Paragraph I, I:460)

In a recently-surfaced video, Kolenda is promoting this heresy by outright denying the Scriptures. Following His resurrection, Jesus miraculously appeared to many of the disciples. John explicitly states that the reason Jesus performed these signs and miracles that he recorded in his book is for our belief.

Now Jesus did many other signs in the presence of the disciples, which are not written in this book; 31 but these are written so that you may believe that Jesus is the Christ, the Son of God, and that by believing you may have life in his name. —John 20:30-31

However, as you see in the video below, NAR false prophet, Daniel Kolenda outright denies this saying that this was not Jesus’s reason for performing miracles, but it was to show us that we, too, could do the same things.

Daniel Kolenda is more than just a false teacher—he is a dangerous wolf in sheep’s clothing. He needs to be warned about and to be avoided at all costs.

Join our ad-free Substack community to read and post comments...
- Advertisement -
Previous article
Andy Stanley Says Pagans Know When Christians Aren’t Following Jesus and “Appropriately Call Them Out”
Next article
TGC Contributor Says We Should Have Allowed Hitler to Kill Millions of People Without Opposition