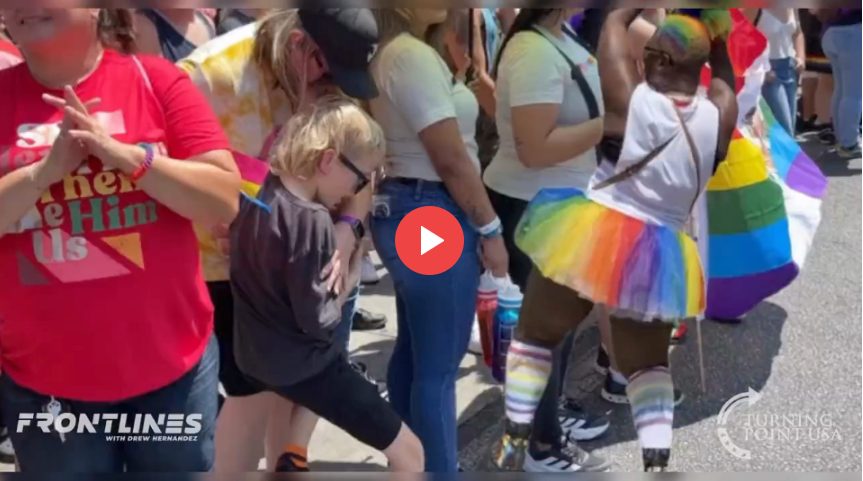 The Pride Cult is hell-bent on indoctrinating every man, woman, and child—and every one of their infinite number of perverse gender ideologies—to succumb to the overwhelming power of the LGBTQ mafia. They want us all, and they want to destroy us. They want to destroy the family, society, the Church, and God Himself so they can celebrate their sin.

We are living in a modern-day Sodom and Gomorrah; there is absolutely no doubt about it. Lord Jesus return soon!

We know that the wrath of the God of Romans 1 is being poured out on us when we willingly and knowingly subject our children without a second thought to the perverse nature of homosexual pride. But when we go past subjecting them, and instead, force them against their will to feast their eyes on something as disgusting as dirty, smelly, pride-parade kink-dancing, we can only conclude that the end draweth night. God will not be mocked, and will not allow perversion to continue indefinitely. He has been more than patient with us, judgment on this nation—this world—is more than deserved.

Watch as this woman forces a young child who is trying to turn his eyes away from the perversion to, instead, turn his eyes toward it.

Join our ad-free Substack community to read and post comments...
- Advertisement -
Previous article
Pro-Abortion Demonstrators March and Chant “We Are Not Your Incubator” Outside Supreme Court and Senate
Next article
Karen Swallow Prior Says She Didn’t Come to the Bucks Because He’s a Bully and She’s Afraid of Him