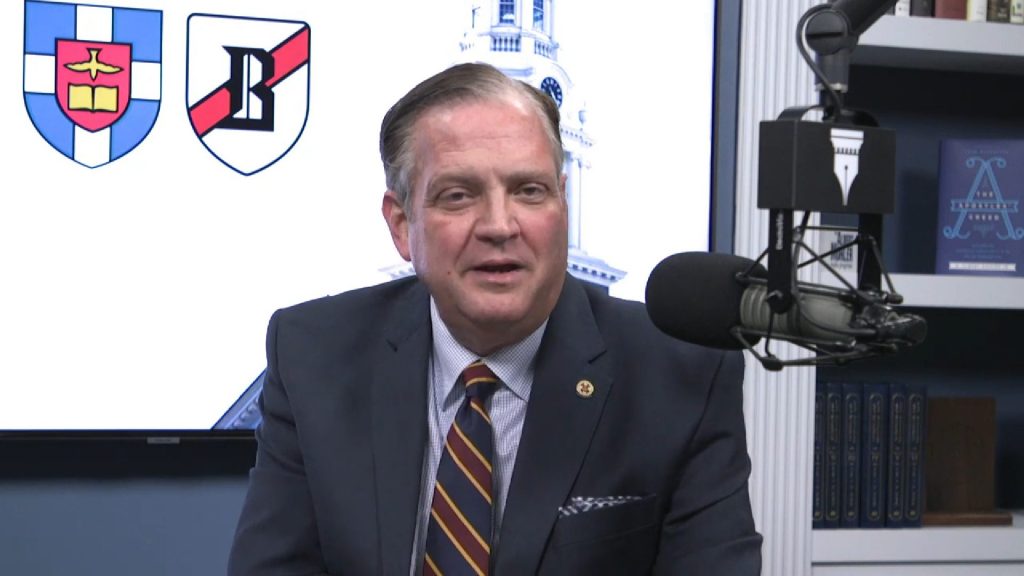 Al Mohler Changes His Tune on Abortion, Now Wants to Prosecute Women Who Seek Them

Al Mohler, president of the Southern Baptist Theological Seminary and arguably one of the most influential longstanding leaders in the Southern Baptist Convention, seems to have evolved his position on abortion. Abortion, which Christians believe to be a heinous act of murder against the most innocent form of human life, unborn children, is the leading cause of death in children around the world. Abortion, we believe, should be a criminal act and all involved in the procurement of such an act should be held accountable for it.

But that isn’t what Al Mohler said back in 2016. In 2016, during an episode of his podcast, The Briefing, Mohler was clear that the woman carrying the child wasn’t the guilty person in the party—that it was the abortion providers and the men driving them to their appointments who were to be held accountable.

In 2016, he stated in response to President Trump’s comments that women should be punished for having an abortion:

“Trump’s comments about punishing women are worth pondering because they reflect the logical conclusion of equating a fetus with any other human being.”

So there we have the deep issue right before us, the inescapable issue that it is the moral status of the fetus that always is, always has been, and always will be the issue in abortion. And here you have Nicholas Kristof saying, look, Donald Trump was just stating the obvious. It is, in his words “the logical conclusion of equating a fetus with any other human being.”

But here’s where the pro-life movement returns back to say, who is the guilty party in an abortion? It is the person who brings about the death of the child. The woman seeking the abortion is not without moral responsibility, but she is not herself bringing about the death of the unborn human baby. That’s the crucial issue here, and that’s why the pro-life movement has consistently sought to criminalize abortion at the level of the person performing the abortion. That is, unlike what Nicholas Kristof argues here, a morally consistent argument and it has been consistent over time.

Fast forward six years later, as the nation is on the brink of the most significant Supreme Court ruling in the history of the United States since the flawed Roe v. Wade ruling, Mohler seems to have changed his tune. During a recent episode of the Briefing, on June 2, 2022, Mohler now believes that the woman actually is responsible in many cases for seeking, procuring, and carrying out the abortion. He states:

Thus, you look at this, you say it’s not exactly the same thing. There is a reason why, in the main, criminalization has been directed towards the provider of the evil rather than the consumer of the evil. But this is where Christians understand this is not a simple case of yes or no. There are many situations in which it would well seem that agency has been exercised by a woman and she should be held as complicit in either the death of her unborn child or the effort to secure such a death.

Of course, we agree with him that there are different levels of moral culpability—and there may be cases where a teenage girl is significantly pressured against her will to have this act done. We already have laws in place to deal with different levels of culpability in the criminal act of murder. These range from involuntary manslaughter to murder in the 1st, second, and third degrees. I can personally think of almost no situation where the mother would be totally without moral culpability at all save the rare case she was physically forced to do so.

And besides this, we’re talking about a very unlikely scenario. We’re talking about driving a teenage girl to an open and active abortion clinic in a state that treats abortion like murder—that simply isn’t going to be the case. There will not—should not—be an abortion clinic to drive a teenage girl to with doctors willing to risk prison, or death sentence, to perform an illegal abortion on her. Yet, it may happen, and we make room for acknowledging the possibility.