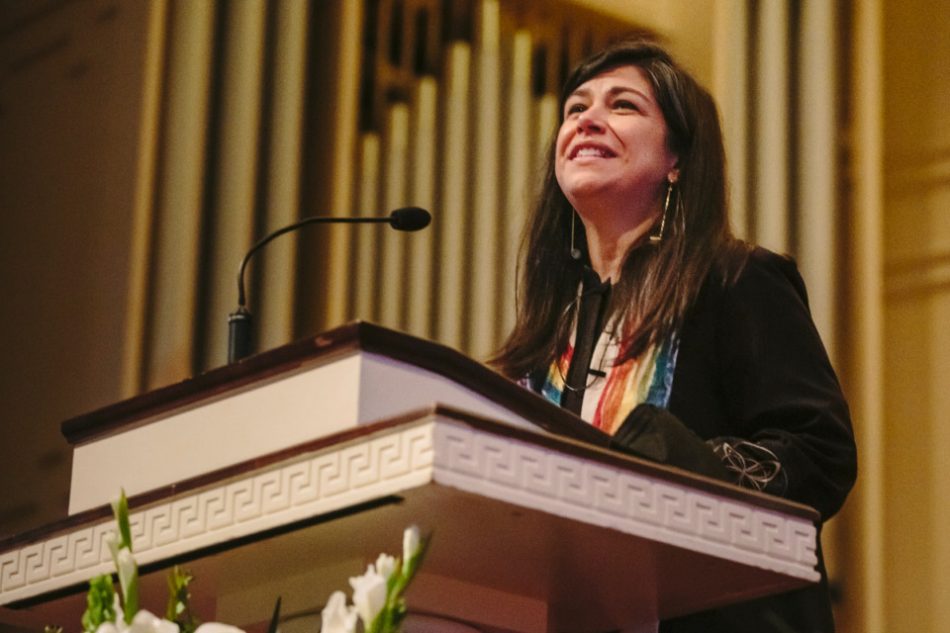 It would certainly be helpful if these leftist infiltrators would stop calling themselves “Christians” and stop calling their apostate organizations “churches.” The Scriptures speak of a mass deception that takes place during the end times as false teachers creep into the Church and spread their anti-Christ poison throughout the ranks of professing Christendom.

While the true Church has done well to expose quite a bit of the fraud and deceptions that takes place–using the Scriptures as its foundation for defining principles within the walls of sound orthodoxy–the fact that these insolent haters of God can continue to get away with even attempting to identify with Christ should be seen as a massive failure on the part of church leadership.

It’s easy to point to the cults–like Mormonism and Jehovah’s Witnesses–and exclude them from Evangelicalism. Even the secular world is able to separate them. But much of professing Christendom is unable to distinguish between a true Church, such as a Bible-believing Baptist Church, and an apostate church that calls itself Baptist.

The Cooperative Baptist Fellowship (CBF) is just that–it is an apostate denomination that masquerades as a Church. It identifies not only with Evangelical Christianity but also with the Baptist tradition. Like your typical Southern Baptist church, a CBF church simply calls itself, for the most part, “Baptist” and uses many of the same naming conventions as traditional, conservative Baptist churches.

For example, First Baptist Church in Memphis, TN, is an apostate organization that calls itself a “Baptist church.” Yet, despite the fact that it is externally indistinguishable from a real church, inside the walls is nothing but rebellion against God and his Word. This organization, in fact–which calls itself a Baptist church–just named a rainbow flag-adorned gay-affirming Satanic priestess as their “senior pastor.”

Rev. Kathryn ‘Kat’ Kimmel was installed as the congregation’s fifth senior pastor since the church first graced the corner of Poplar and East Parkway in 1951.

More notably, Kimmel is the first woman to lead the congregation since it was established in a log cabin near the Mississippi River in 1839.

They promise them freedom, but they themselves are slaves of corruption. For whatever overcomes a person, to that he is enslaved. –2 Peter 2:19