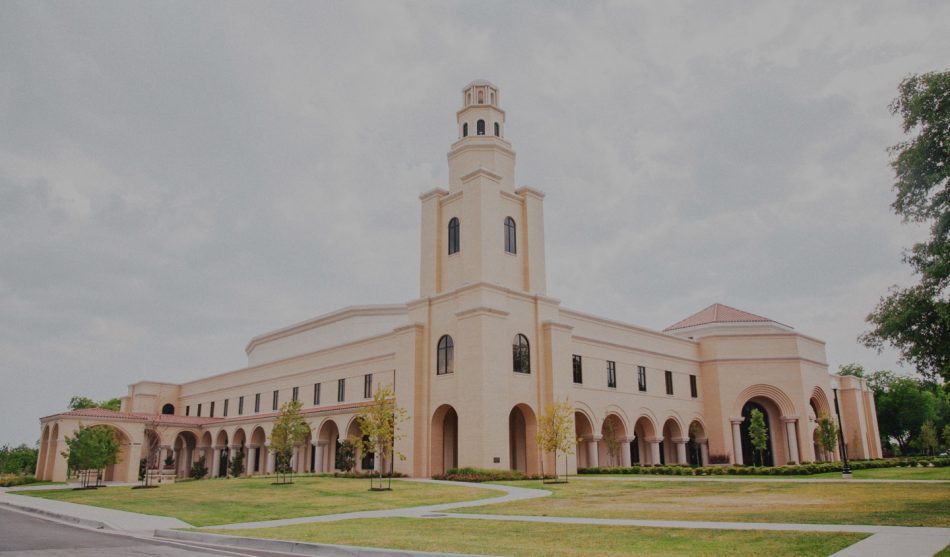 Daniel Darling, the former Vice President of Communications at the Southern Baptist Convention’s Ethics and Religious Liberty Commission has now been hired by Adam Greenway at Southwestern Baptist Theological Seminary as the director of cultural engagement–whatever that is–after being fired by NRB for promoting vaccines on MSNBC against the company’s policy.

Darling–who refers to himself as a “Reformed Baptist”–is a radical progressive operative who, like his former boss, Russell Moore, has been strategically placed within the Southern Baptist Convention to steer the denomination to the left. The causes Darling takes up are always leftist, theologically hollow, and devoid of any actual biblical fidelity.

In 2019, Darling partnered with a far-left radical Roman Catholic animal rights activist to promote a hijacked version of the pro-life movement by Pope Francis. This version of the pro-life movement is a perverted left-wing version that teaches that in order to truly be pro-life, one has to embrace social justice, wealth redistribution, and the woke church movement. They absurdly call it “pro-life from the womb to tomb”–but it’s basically Marxism. More on that later.

When attempting to confront Darling for comment on why he would promote a radical Roman Catholic animal rights activist on Twitter, instead of answering, I was simply blocked–because you can’t question the agenda of radical leftist infiltrators.

This far-left radical animal rights activist that Dan Darling promotes is Charles Camosy. Who is Charles Camosy? Well, let’s take a look. In one interview with him at the St. Francis Alliance, Camosy says it’s time to consider some animals as “persons.”

When gorilla[sic] have a vocabulary of over 150 words via American Sign Language, elephants pass mirror tests proving their self-awareness, or dogs show evidence of understanding the concept of justice, we need to at least consider the idea, for instance, that some animals are non-human persons.

Lest you think I’m kidding, go read the interview for yourself. This is the man who Darling is platforming and telling Southern Baptists we need to listen to and take our pro-life cues from. You can watch another video of Charles Camosy here which summarizes his radical, anti-Biblical views of animals and animal rights. Camosy teaches that factory farming is a sin.

One of the modern Evangelical social justice warrior’s tactics in advancing their cause is to hijack the pro-life movement by guilt-shaming pro-lifers into supporting social justice saying that being pro-life is also about wealth redistribution. In Darling’s article, he recalls a time that he saw a homeless man and did not immediately feel the need to drop everything to give him money. Then he goes on to promote Charles Camosy’s book and Catholic social teaching which, in his view, rightly critiques this “attitude.”

“It’s attitudes like this,” Darling writes, “that Catholic theologian and ethicist Charles Camosy most wants to expose and critique with his book, Resisting Throwaway Culture: How a Consistent Life Ethic Can Unite a Fractured People. (He borrows the term “throwaway culture” from a speech by Pope Francis.)”

“Camosy champions the idea of a ‘consistent life ethic,'” Darling continued. “By this, he means that an authentically pro-life witness involves more than opposing abortion. The same values that commit us to protecting the unborn, he argues, should govern our thinking on a range of issues that weigh upon the lives of the most vulnerable—issues like capital punishment, assisted suicide, war and peace, and economic and social inequality.”

“Proponents of this approach sometimes describe it as a ‘seamless garment,’ a term coined by Catholic peace activist Eileen Egan and popularized in the 1980s by Cardinal Joseph Bernardin of Chicago,” Darling added.

You would think that a “Reformed Baptist” would have a grasp on the concept that the reason we’re “Reformed” is that we believe Roman Catholicism to be a false expression of Christianity and that the Roman Catholic Church is a harlot. Reformed Baptists also understand that Catholic social teaching–aka, in modern times, nothing more than cultural Marxism–is completely incompatible with biblical Christianity. But the worst thing about it is that he has no problem feeding this far-left lunatic, Charles Camosy, to Evangelicals as though he has anything more valuable to say than Satan himself.