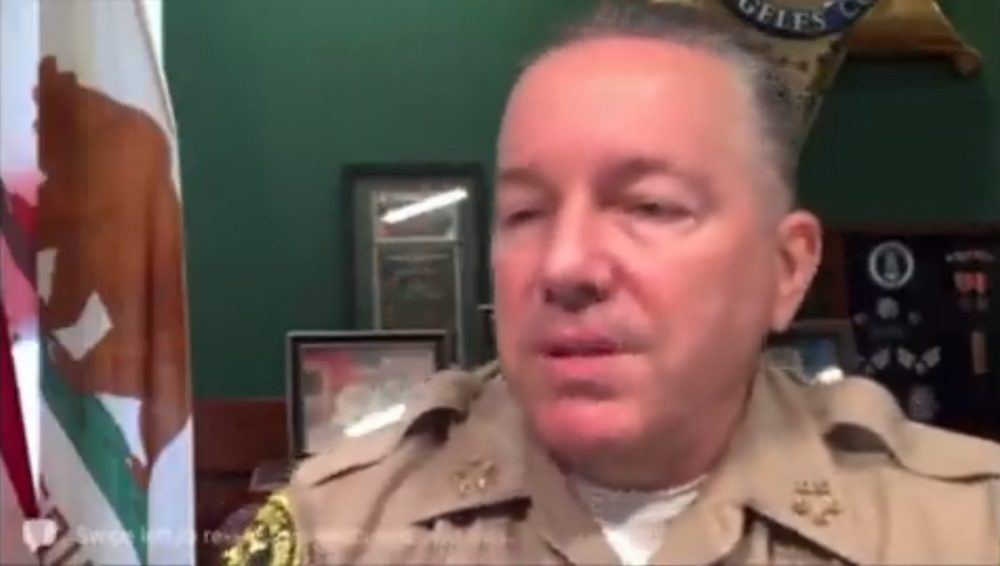 Los Angeles County Sheriff, Alex Villanueva, says that he will not be enforcing the vaccine mandate which was passed by the city council on Wednesday.

“The issue has become so politicized,” Villanueva said on Thursday. “There are entire groups of employees that are willing to be fired and laid off rather than get vaccinated, so I don’t want to be in a position to lose 5 percent, 10 percent of my workforce overnight on a vaccine mandate”

Villanueva also said that the “defund the police” efforts have already placed his force in jeopardy risking hundreds of officers during a time when homicides have increased 31 percent.

While the debate rages against vaccine mandates and religious exemptions, states and big cities are cracking down on vaccine skeptics who have opted against being forced to receive an experimental drug against their will. The federal government is also pushing for employers to enforce the vaccine mandate enlisting OSHA to require all businesses with more than 100 employees to require vaccinations or face enormous fines of up to 700 thousand dollars per capita.

Most major airlines and other large corporations have enacted policies requiring vaccinations and many have even disallowed religious exemptions. For many companies that do allow religious exemptions, those who have used it have often been placed on unpaid leave.

Hopefully, the citizens of Los Angeles will stand behind and support this sheriff. Our rights and freedoms are being stripped at an alarming rate and it will take civil disobedience on a massive scale to fight back.