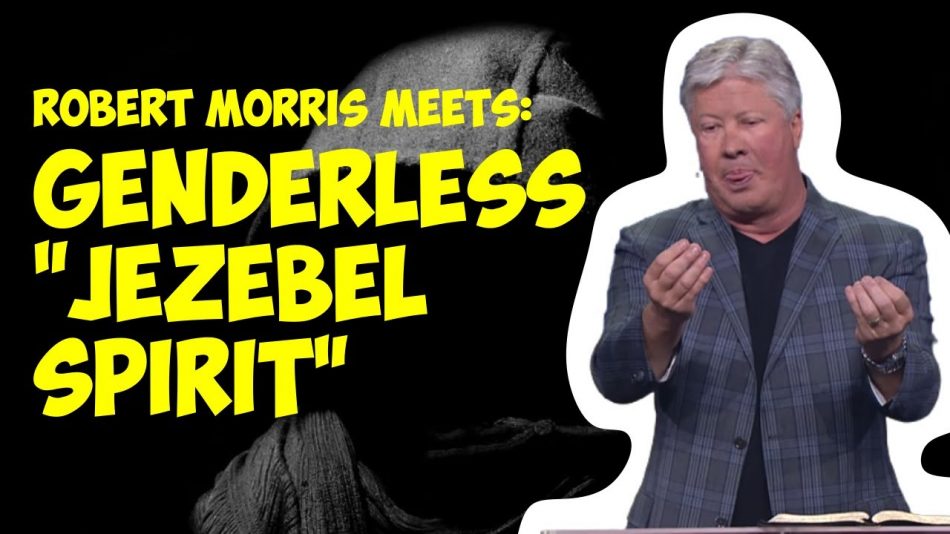 Robert Morris, the pastor of Gateway Church in Dallas, TX, is a woke, charismatic blowhard who is well-known for his false teachings on first fruits tithing and his propensity toward the prosperity gospel.

Charismatics, in general, often make things up completely out of thin air and attribute them to God. For them, it’s often a way to explain something they do not understand or have no business understanding because God has not revealed it in Scripture. This often manifests in such things as aberrant angelology and demonology, false manifestations of the Holy Spirit, speaking in tongues, the idea that over-emotionalized music will draw you closer to God, and, in many cases, extreme cult-like behavior such as grave sucking.

Robert Morris’ Church is no exception.

Recently, Morris preached a sermon devoted to the “Jezebel Spirit.” Now, before we go any further, we must understand that there is no such thing as a “Jezebel Spirit” as it is found nowhere in Scripture. It is a figment of the charismatic imagination. Nonetheless, Morris describes this imaginary being as though it is a real, living entity that he has actually come in contact with.

Morris says that this spirit is “genderless” but it can manifest as either male or female–and the times that he has encountered this spirit, it has been through a male.

Morris, like most charismatics, has latched on to this made up figure. The reason they do so, though, isn’t because they think it’s real. He knows it’s not. Charismatics preach about the “Jezebel Spirit” because it is an entity–other than themselves–that they can blame their sin on. To charismatics, the “Jezebel Spirit” is an entity that tempts people to certain kinds of sin. By embracing the idea of this spirit, they can then take some of the responsibility of their sin off of their own shoulders and blame it on Jezebel.

I know it sounds silly, but that’s how charismatics rationalize these things in their minds. They aren’t interested in what the Scriptures actually say, they just like the way this sounds…so they run with it.