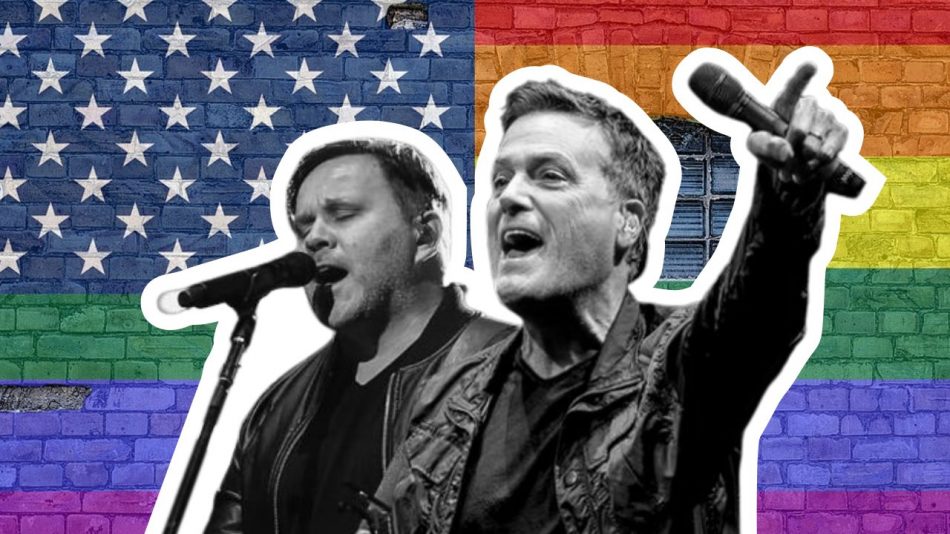 Ecumenism has been a growing problem in the Church for a long time as professing Evangelicals are becoming more prone to join hands with Roman Catholics, Mormons, and other apostate sub-Christian sects all for the sake of their false gospel of unity. But an even more subversive manifestation of this heresy is mainstream Evangelicals–the ones we would typically associate with conservative Baptist and Evangelical Christianity, for example–is the movement to unite with open rebels against God’s design for sexuality.

If you weren’t aware, the highly popular and esteemed gospel singer, Amy Grant, recently came out in an interview all in favor of homosexuality.

“Who loves us more than the one who made us?” Grant rhetorically asked Proud Radio host Hunter Kelly in a July 12 interview. “None of us are a surprise to God. Nothing about who we are or what we’ve done. That’s why, to me, it’s so important to set a welcome table. Because I was invited to a table where someone said ‘Don’t be afraid, you’re loved.’ …Gay. Straight. It does not matter.”

“It doesn’t matter how we behave,” Grant continued. “It doesn’t matter how we’re wired. We’re all our best selves when we believe to our core, ‘I’m loved.’ And then our creativity flourishes. We’re like, ‘I’m gonna arrange flowers on your table and my table.’ When we’re loved, we’re brave enough to say yes to every good impulse that comes to us.”

Why did Grant do this? Is it because she genuinely cares about the souls of these people? No. It’s because she worships herself, her status, her fame, and her own glory. She is an idolater of self, fortune, and notoriety. She couldn’t care any less that these people are in rebellion to God–it’s not that she doesn’t know. She knows the Bible, and she knows what the Bible clearly says about gender and sexuality. Despite this, she chooses to protect her own Kingdom over defending the Kingdom of God–and she does so in the name of God. This is complete and total blasphemy. She hates these people.

And yet, many of the mainstream gospel artists that so-called conservative Evangelicals parade through their own worship services on Sunday mornings are teaming up with her and sharing a stage with her for worship events. Just this past week, two of the most popular worship artists in all of Evangelicalism, Matt Redman and Michael W. Smith, shared the stage with Amy Grant as they pretended to worship the living God at a 9/11 worship event.

This false worship does not please God–He hates it. God’s name will not be mocked yet these idolaters mock him by pretending to represent him while, in reality, worshiping a god of their own making. A god who “gay, straight, it doesn’t matter,” still loves and accepts people. A god who does not command all people everywhere to repent and trust in Him alone. A god who doesn’t require people to pick up their cross and follow Him. A god who never said, “lest you repent, you too will likewise perish.”

A false Jesus and a false gospel is at the center of these men’s hearts and it is designed to exalt themselves while diminishing the one and only true God who comes to seek and to save the lost.