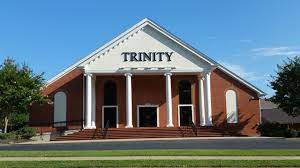 The Southern Baptist Convention (SBC) has been in rapid decline over the last decade as the shift from the “conservative resurgence” into the social justice agenda has fully culminated. At the hands of several progressive leaders including Russell Moore, who has now done his damage and left, and various others including seminary heads, megachurch pastors, and denominational presidents and entity heads–who have created a self-seeking leadership circuit–the denomination can no longer be considered conservative.

While there are many conservatives in the SBC still hanging on by a thread, plenty more have packed their bags and hit the road as the progressives seem to be showing no signs of letting up.

Now, another conservative church has announced its departure from the denomination with no regrets.

Chad Everson, the pastor of Trinity Baptist Church in Southaven, MS, made the announcement via his Facebook page stating that he’d sent letters to the local and state conventions as well as the Southern Baptist Convention laying out their reasons for withdrawal.

Earlier this year, another conservative SBC church withdrew from the denomination citing “biblically weak, sick, and unhealthy local churches,” at the hands of Al Mohler, Russell Moore, and JD Greear, among others. Last week, another SBC church also withdrew which was announced by Amy Spreeman, a member who decided to join the church the same day the church unanimously voted to withdraw.

After the Southern Baptist Convention enlisted a pro-homosexual speaker, Boz Tchividjian, to address the entire denomination and help form “sex abuse” policies for the denomination, people have simply had enough and are ready to get out.