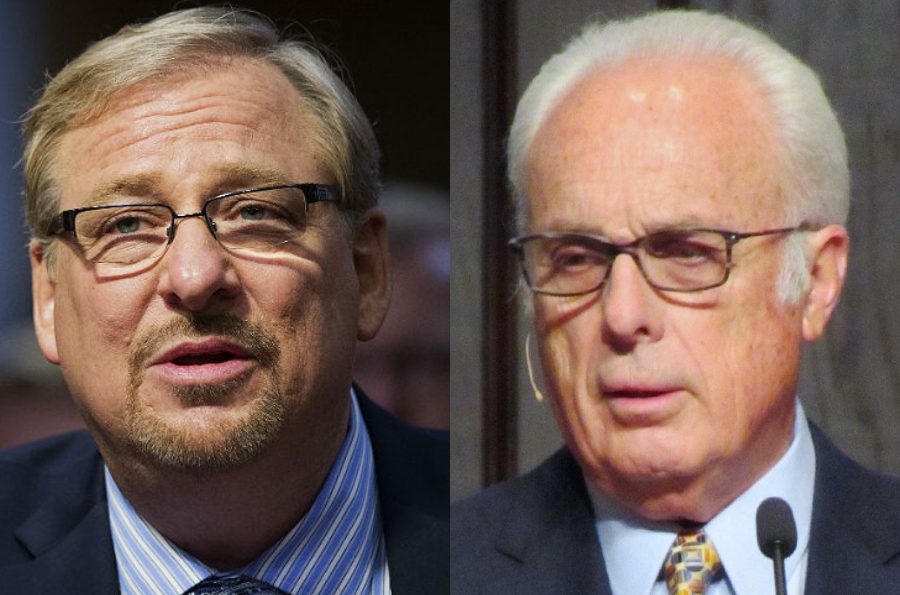 Rick Warren Suggests Pastors Who Open Their Churches are Egotistical, Wearing Masks is “Loving Your Neighbor”

During an online session, Rick Warren announced that those who refuse to wear masks are basically saying that they don’t care about other people and that the most practical way to “love your neighbor,” as the Bible says, is to wear a mask.

Of course, that’s idiotic and the First Amendment DOES apply regardless of whether or not there is targeting of religious groups or not. Other businesses, nightclubs, liquor stores, etc., are not protected by the First Amendment; the free and unhindered expression and practice of religion is.

He then goes on:

He then goes on to explain why pastors who choose to open their churches and preach to a live audience are egotistical.

“I couldn’t imagine going to Heaven and saying that I let people, members, die because I had such an ego I needed a crowd to speak to. I’m not willing to gamble the health of my members to nurse my ego that would like to have a live audience.”

This, of course, was around the time when John MacArthur and Grace Church were involved in multiple legal battles in California over re-opening his church and keeping it open. Rick Warren’s Saddleback Church is roughly an hour drive on the opposite side of Los Angeles than John MacArthur’s Grace Community Church.

Join our ad-free Substack community to read and post comments...
- Advertisement -
Previous article
John MacArthur Reveals that He and His Wife Contracted COVID-19 Last December
Next article
Megachurch Pastor Says It Wasn’t God Who Delivered Daniel’s Friends From the Furnace, But Nebuchadnezzar