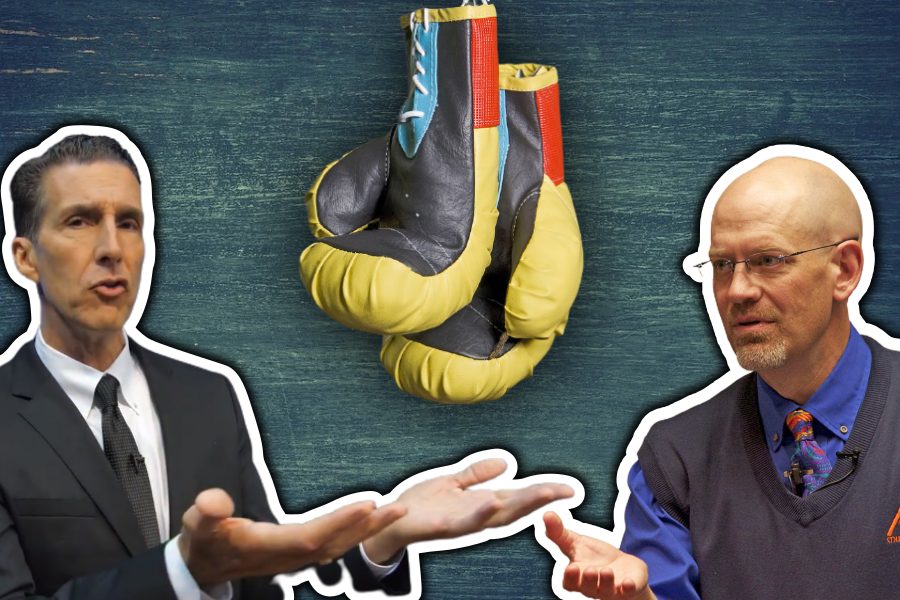 Two of Reformed-ish Christendom’s favorite podcasters are now at each other over whether or not Christians should submit to government mandates under any circumstances. James White, an apologist and elder at Apologia Church recently took the position in opposition to Friel and threatened to “cut you down to size.”

White has been an outspoken dissenter on the threat to freedoms in America amid the coronavirus. From lockdowns to sweeping mask and vaccine mandates, White has consistently warned that our freedoms in this country are in jeopardy and will ultimately result in a previously free people being enslaved to tyranny.

We happen to agree with White on this point, it’s an undeniable, factual observation.

But the question arises; how do Christians respond to this form of tyranny. We do know that the Scriptures call on Christians to submit to government. But to what extent?

Friel’s position is highly unpopular, especially with the Postmillennial pseudo-theonomists. Yet, Friel’s position is also an extreme position that cannot be supported by Scripture. While we hope that this point of contention doesn’t become an issue of division among the saints, it is certainly a doctrinal issue that needs to be worked out in the context of our current paradigm. It should be interesting to watch.